Pakistan's chief selector Inzamam-ul-Haq could end up doubling up as the national team's batting consultant for the upcoming ICC World Cup in England.

Pakistan‘s chief selector Inzamam-ul-Haq could end up doubling up as the national team’s batting consultant for the upcoming ICC World Cup in England.

Inzamam, who is presently in South Africa with the team for the ODI series, has shown interest in working full-time with the national team players.

“He has already got involved with the team in South Africa and is attending their nets,” a reliable source in the Pakistan Cricket Board (PCB) said.

“Inzamam could be the next batting coach/consultant of the team before the World Cup as the board is not satisfied with the performance of batting coach, Grant Flower who has been with the team since the last World Cup,” he said.

The source said that the selection committee and senior officials in the board were concerned about the decline in the batsmen’s consistency.

Inzamam, a veteran of 120 Tests and over 300 One-day Internationals, has specially flown to South Africa after Pakistan were whitewashed in the three-match Test series with some dreadful batting collapses.

Earlier in the home series against New Zealand in the UAE, Pakistan suffered dramatic batting collapses which led to two Test defeats and the loss of the series.

Inzamam has already had a short stint as batting consultant with the Pakistan team before it went to India in 2012-13 but he and the board couldn’t agree to a permanent contract over financial issues.

Former Test captain Asif Iqbal has also called for the coaching staff of the national team to be held accountable for the team’s poor performances. “We always hear the players getting blamed for any poor show but what about the coaching panel. Are they also not responsible? If our batsmen are constantly making the same mistakes and not improving, it indicates a failure of the batting coach to deliver,” Iqbal said. 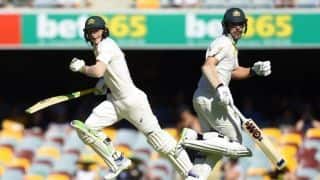