West Indies star Chris Gayle has insisted controversial comments he made to a female television reporter earlier in 2016 were "just a little fun".

London: West Indies star Chris Gayle has insisted controversial comments he made to a female television reporter earlier in 2016 were “just a little fun” as he turned on critics including Andrew Flintoff and Ian Chappell. Gayle, 36, came under fire for asking Australian broadcaster Mel McLaughlin out on a date in a live television interview during a Big Bash Twenty20 game in January. “I wanted to see your eyes for the first time, hopefully we can win this game and then we can have a drink after as well,” said star batsman Gayle, before adding: “Don’t blush, baby.” Chris Gayle shoots for The Kapil Sharma Show along with Mika Singh, Kanika Kapoor

Chappell and Flintoff, former captains of Australia and England respectively, were among those to criticise Gayle’s conduct. But Gayle, in an extract from his autobiography published in The Times on Monday, said of his remarks during the Melbourne Renegades’ match against Hobart Hurricanes: “I meant it as a joke. I meant it as a little fun. “I didn’t mean to be disrespectful and I didn’t mean it to be taken serious.”

“Channel 10’s commentary team could be heard laughing in the background… but someone above them clearly decided to step in, and a throwaway comment in a fun format escalates and blows up and within hours it has turned into a major international incident.” Flintoff responded on Twitter by saying Gayle had made himself look a “bit of a chop”. Chris Gayle: I would change a nappy, but I won’t cook

But Gayle, in his autobiography, said: “The only chop Freddie [Flintoff] knows is when he used to bowl short to me and I would chop him past backward point for four.” As for Chappell, Gayle said: “Ian Chappell, calling for me to banned worldwide, a man who was once convicted of unlawful assault in the West Indies for punching a cricket official.

The interview also saw Gayle say women did have equality. “Women can do what they want. Jamaican women are very vocal. They will let you know what time is it, for sure,” he said. Gayle added: “Women should please their man,” explaining: “When he comes home, food is on the table. Serious,” although if she also works, “they share” and it is down to the “first person home”.

Gayle is currently playing for the Royal Challengers Bangalore in the Indian Premier League Twenty20 competition. He is also due to play for Somerset in English cricket’s domestic T20 Blast event, having enjoyed a successful spell with the south-west county in 2015. Somerset chief executive Guy Lavender, responding to the Edwardes interview, said: “We were disappointed to read the report in The Times [magazine]. Our experience of Chris was very positive when he was with us last season, both on and off the pitch. We haven’t had the opportunity to discuss this with him yet, but will of course do so when he arrives to play for us in a few days’ time.” 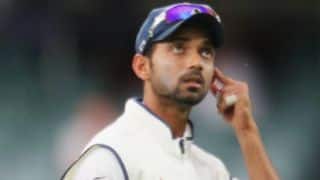 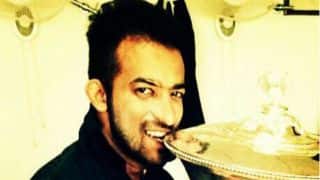