Jordan is preparing for a five-match T20I series against New Zealand.

England‘s T20I specialist Chris Jordan has said he hopes to dish out impressive performances ahead of the T20 World Cup which is less than a year away. “I was an over away last time,” Jordan was quoted as saying by ICC reflecting on the last 20-over World Cup final in Kolkata.

“Obviously it was meant to be. But when the time comes next year and that intensity starts to ramp up, I’m sure I’ll be fully switched on.

“It is something you do embrace, because it is a goal you set yourself – it is something you work towards. It was no different with the 50-over World Cup when we were building towards that, so you do speak about it,” he said, as reported by the Daily Mail and quoted by ICC.

The fast bowler is preparing for a five-match T20I series against New Zealand. He was a part of the 2016 World T20 final that England lost to West Indies in dramatic fashion, when Carlos Brathwaite smashed four successive sixes off Ben Stokes in the final over to take his side past the finish line.

The next men’s T20 World Cup campaign begins in Australia in October next year.

Jordan wasn’t a part of England’s 50-over World Cup win and he said he lived the moments through Jofra Archer, his Sussex teammate and close friend.

“When Jofra was performing the way he was, it felt like I was making those performances as well,” he said. ‘It was that touching, it was that daring, especially in the World Cup final, when he bowled that awesome super over. If anything I felt just as much a part of it.”

The first of five T20Is between England and New Zealand will be played on November 1 in Christchurch. 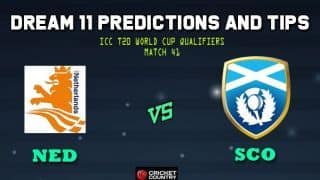 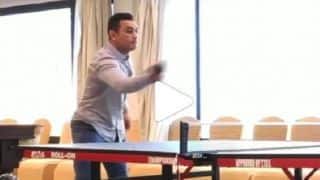