ECB Director Clare Connor has urged to come up with an initiative for the game to grab as much sponsorship possible, and expand the game in India.

The recently-concluded ICC Women s World Cup 2017 met with immense on-field and financial success. England won the tournament in the end amidst drama, clinching the title with following a 9-run win over India. England and Wales Cricket Board (ECB) Director Clare Connor has urged to come up with an initiative for the game to grab as much sponsorship possible, and expand the game in the biggest market of them all, in India. Connor added that it is the most crucial move to have to be done in order to take the sport to the next level. She also said that there has been a significant commercial gain and success in the past few months for women s cricket. WWC17: Star Sports speculated to earn INR 3 crores revenue from advertisement

It was an unbelievably special day but it s what you do next. Take track cycling. During the Olympics, everyone loves it. Millions are watching but don t know what is going on in the intervening years. We can t let that happen. The tournament, with all the statistics around it, is building a bigger and stronger business case for the women s game. There has to be a correlation between what has happened here and investment. We know it isn t a saturated market. For a much smaller sponsorship fee, you can get great rights with great women who are hot property, brilliant role-models that are very accessible and forthcoming, said Connor, as reported by The Guardian.

If you are a feminist, if you want to see progress and improvement and credibility and want to be part of that movement and that journey, then you don t need a major sum of money. There are a couple of years of unfinished business. I want to look back and know we maximised this period. Everyone is saying this will be a game-changer but that s a retrospective thing. It is up to us. What do we want to change? she added. Sarah Taylor clears air about her two children

What collectively are we going to commit to and make sure happens? There have been murmurings for a while. It would be powerful. But we have to balance that. We are in a position the men s game would envy in terms of our calendar is less congested, she continued.

Connor also spoke on the upcoming season Kia Super League. I am really optimistic about the Super League. The players recognise this moment in time and the opportunity for the competition. This is our next best showcase. How amazing for those young players to be in a dressing room with Anya Shrubsole, Heather Knight, Stefanie Taylor, Harmanpreet Kaur, Tammy Beaumont? If I was a 17-year-old girl now in that competition I would just be bursting with excitement, said Connor. Mohammad Kaif gets trolled on Facebook for playing chess 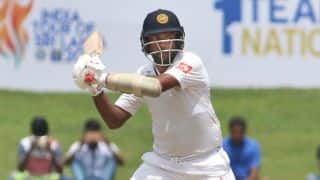