Titans lock horns with Trinidad and Tobago in a Group A encounter at Sardar Patel Stadium, Ahmedabad. Titans won the toss and chose to bowl first. 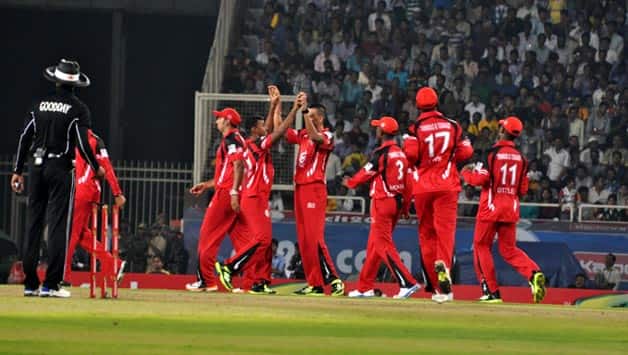 Titans lock horns with Trinidad and Tobago in a Group B encounter at Sardar Patel Stadium, Ahmedabad. Titans won the toss and chose to bowl first.

Currently Titans are placed second in Group A behind Chennai Super Kings. In the previous game Titans easily beat Sunrisers Hyderabad while Trinidad and Tobago suffered a loss against Hyderabad.

Trinidad have won their first game against Brisbane Heat. The spot for the second semi-final place is tight. The winner of this game might do their chances a world of good.

Titans came up with scintillating batting display against the Hyderabad. Henry Davids and Jacques Rudolph made the run chase into a cakewalk and the team would be again heavily banking on them to give the team a disciplined start.

The experienced campaigners — Morne Morkel and Roelof van der Merwe, even Rowan Richards and Marchant de Lange have proved their potential in the bowling department.

A win would take Titans to the semi-finbal while Trinidad would keep their chances afloat with a win. Paul Sheahan: Oozed composure and confidence at the batting crease