Taking part in the tournament without three of their star players, Caribbean champions and 2009 edition finalists Trinidad and Tobago will open their Champions League Twenty20 2013 campaign against another depleted Australian side Brisbane Heat at Ranchi on Sunday. 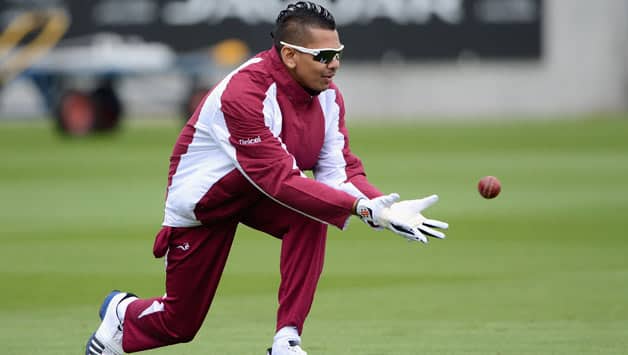 Taking part in the tournament without three of their star players, Caribbean champions and 2009 edition finalists Trinidad and Tobago will open their Champions League Twenty20 2013 campaign against another depleted Australian side Brisbane Heat at Ranchi on Sunday.

T&T still have the likes of off-spinner Sunil Narine, pacer Ravi Rampaul, batsman Darren Bravo, besides captain Denesh Ramdin and will start as favourites in the Group B match at the JSCA Stadium on Sunday. T&T still have six players who were part of ICC T20 World Cup 2013-winning West Indies team.

Narine will be the trump card for T&T as he played a major role in Kolkata Knight Riders‘ maiden title win in IPL season 5 in 2012, finishing as the second-highest wicket-taker with 24 scalps and winning the man of the tournament award.

The pace department will be led by Rampaul who is back from an ankle injury while the batting is bolstered by the in-form Lendl Simmons, left-handed Bravo and Adrian Barath.

“We have experience of Rampaul, Narine and [Darren] Bravo and we can give a good account of ourselves. Hopefully, we can have a good tournament,” Ramdin said.

“The guys had two good practice matches — one against Guyana and another against Dominica, which we did pretty well,” T&T coach David Williams said.

T&T will also be inspired by the presence of West Indian legend Brian Lara during the CLT20 2013. Lara had expressed his desire to be associated with the team in the capacity as unofficial mentor and help the players out.

Big Bash League winners Brisbane Heat are even more depleted and hit by the absence of six of their star players.

Watson will play for Rajasthan Royals, while Johnson and Perera will feature for Mumbai Indians and Sunrisers Hyderabad respectively while injury has ruled out Harris (hamstring) and Vettori (ankle). The big-hitting Pomersbach withdrew due to personal reasons.

Brisbane still have Caribbean import Kemar Roach who can be fired up with the new ball and spinner Nathan Hauritz who can be dangerous on his day.

All-rounder Dan Christian and skipper James Hopes, who has plenty of international experience and having also captained IPL side Delhi Daredevils, will have to carry the batting burden. Hauritz along with Christian, Hopes and Roach are the four players in the Brisbane squad who have been used to the Indian conditions.

Christian has been the trump card for Brisbane for the past two seasons and their chances in the tournament may lie on his shoulders.

Chris Lynn, the big-hitting middle-order batsman, is another player who can make an impact. He is one of the brightest T20 talents around the world and has experience of playing in IPL — for Deccan Chargers and Sunrisers Hyderabad — as well as in Sri Lankan T20 league.

Both coach Stuart Law and captain Hopes avoided in their pre-tournament media press conferences mentioning the absence of their top players and counted on the available talent.

Hopes said the team has a good fast bowling talent and expected the experienced 31-year-old off-break bowler Hauritz to complete a good spell.

“I am pretty sure that Hauritz can have a good impact in the four overs that he is going to bowl. He is an experienced bowler. We have more than one spinner,” Hopes said.

It has been cloudy sky and rains ever since the teams arrived on Wednesday with the Met office here saying there might be a slight improvement on Sunday.

The JSCA Stadium, which has successfully hosted India vs England ODI and a couple of IPL matches this year, will host five CLT20 matches from on Sunday to September 28.