Desperate to exorcise the ghosts of the Indian Premier League (IPL) 2013 spot-fixing controversy once and for all, Rajasthan Royals will look to start afresh as they face the daunting prospect of running into IPL 6 winners Mumbai Indians in the inaugural group stage match of the Champions League Twenty20 (CLT20) 2013 at Jaipur on Saturday. 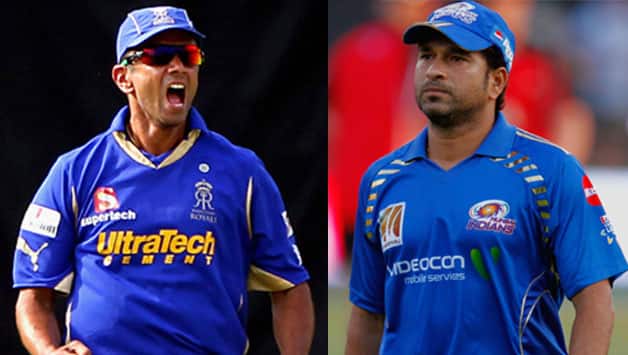 Desperate to exorcise the ghosts of the Indian Premier League (IPL) 2013 spot-fixing controversy once and for all, Rajasthan Royals will look to start afresh as they face the daunting prospect of running into IPL 6 winners Mumbai Indians in the inaugural group stage match of the Champions League Twenty20 (CLT20) 2013 at Jaipur on Saturday.

The fact that the tournament will be the last one for veteran Sachin Tendulkar, who will be pitted against another great and contemporary Rahul Dravid at the Sawai Man Singh Stadium, makes the contest even more special.

The spot-fixing scandal, which broke out during the IPL 6 earlier this year, saw the Board of Control for Cricket in India (BCCI) imposing life bans on Test pacer S Sreesanth and spinner Ankeet Chavan, and one-year suspension on Siddharth Trivedi, while another player Ajit Chandila’s fate is yet to be decided.

The unsavoury episode has cast a dark shadow over the IPL, and has dented the Royals’ image badly.

It would now be a herculean task for both skipper Dravid and coach Paddy Upton to keep the morale of the team high.

The hosts, however, can take confidence from the fact that they would be starting their campaign in their own den, where they had won all their eight matches during the sixth edition of the IPL.

Rajasthan were one of the only two teams this year in IPL to remain unbeaten at home and despite the lack of big names in their ranks, apart from Shane Watson and Dravid, players such as Brad Hodge, Stuart Binny, James Faulkner, Kevon Cooper and Ajinkya Rahane enabled the team finish third.

One of the most successful batsmen at the domestic level in recent years, Rahane, with his orthodox slogging, is the backbone of the Royals batting, while Australian all-rounder Watson and Dravid give them the solidity.

Watson top-scored for the team with 543 runs at a strike rate of 142.89, besides picking up 13 wickets in IPL 6. He is always a threat and his recent century against England will be a big boost to the team.

Hodge and Binny have been successful in providing the required thrust to the innings.

Local lad Ashok Menaria, too, had struck form just at the right time. Fine performances with both bat and ball during the recent Emerging Trophy and India A series against New Zealand should give him confidence and the team could certainly rely on him.

Rajasthan’s bowling, though, has taken a beating with Sreesanth, Chavan, Chandila and Trivedi out.

In their absence, Watson would assume a bigger role with Faulkner and Shaun Tait spearheading the attack. Vikramjeet Singh Malik and Rahul Shukla could be the other options.

Pravin Tambe is the lone specialist spinner in the team. Binny, Menaria and Cooper can come in handy as well.

On the other hand, Mumbai Indians have a formidable team with the right balance and options in all departments.

Sachin Tendulkar would be eager to bow out with flying colours while the likes of Kieron Pollard, skipper Rohit Sharma, Dwayne Smith, Dinesh Kartik and Ambati Rayudu provide an invincible look to their batting.

Mumbai, however, will miss the services of match-winning bowler Lasith Malinga and in his absence, Indian off-spinner Harbhajan Singh will lead the slow brigade, which also has left-arm orthodox bowler Pragyan Ojha.

Pacer Mitchell Johnson will be expected to fill Malinga’s role but other than that they don’t have too many seam options. Nathan Coulter-Nile does not have much international experience, while Abu Nechim and Rishi Dhawan are the only Indian seamers.

The pitch could be a bit sluggish after a lengthy rainy spell during monsoons.

“It was an above average monsoon with prolonged rainy spells. We have all the necessary equipment but nature is supreme. There might still some moisture underneath and the wicket might be a little sluggish. It would take some time to settle down,” said curator Taposh Chatterjee.

Preview: India A look to regain lost ground in one-off T20 against West India A 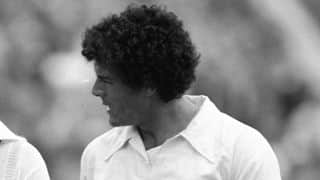