Accordingly, as per existing constitution, the tenure of all office-bearers, elected during the AGM will end their term on March 1, 2018.

New Delhi: At loggerheads with the current set of BCCI office-bearers, the Committee of Administrators (CoA) today sought their removal, citing the end of their tenures as per BCCI constitution. The CoA also asked for apex court’s direction on having an AGM without formal adoption of the new constitution as per Lodha Committee recommendation.

The two-member CoA comprising Vinod Rai and Diana Edulji, today filed their eighth status report in the Supreme Court, where they have recommended election for fresh set of office-bearers by removing acting president CK Khanna, acting secretary Amitabh Chaudhary and treasurer Aniruddh Chaudhry. The CoA has also recommended removal of IPL chairman Rajeev Shukla, stating that he has also outlived his tenure.

The relations between office-bearers and CoA have hit an all-time low. While the SC-appointed committee has constantly accused the office-bearers of delaying implementation of Lodha Reforms, the latter feel that Rai and Co. have overstepped the brief given to them as per Apex Court’s verdict.

The CoA in its report cited Rule 15 (i) of existing BCCI constitution which states: “The election of Office Bearers and vice-presidents shall be held at the AGM of the Board every year. The office bearers and vice president so elected will hold office for three years.” The CoA then gave the full list of office bearers elected during its 85th AGM in Chennai in March, 2015 where Jagmohan Dalmiya was elected as the president.

Accordingly, as per existing constitution, the tenure of all office-bearers, elected during the AGM will end their term on March 1, 2018. Subsequently in the next two and half years, Dalmiya passed away, Shashank Manohar resigned while Anurag Thakur was ousted by the Apex Court. Accordingly Khanna as the senior-most vice-president and Chaudhary as the joint secretary took over as acting president and secretary respectively while Aniruddh continued as joint secretary as per apex court order on January 2, 2017.

The CoA wrote “In our respectful understanding the aforesaid order dated January 2, 2017 passed by the Hon’ble Supreme Court does not deal with issue of tenure of office bearers. The said order provides that i) the senior most vice-president shall perform duties of president. ii) joint secretary shall perform duties of secretary. iii) other office-bearers shall continue, all subject to conditions stipulated therein. Accordingly, if the respective terms of senior-most vice-president and joint secretary have expired, they cannot continue to perform their duties of the President and secretary respectively.”

They also mentioned that Shukla as IPL Governing Council chairman was given an extension at the 87th AGM of BCCI in September, 2016 for a period of one year.

The CoA stated that Shukla’s term has already ended on September 20, 2017 and there is a need to select fresh set of office-bearers.

However it is a given that the three office-bearers will challenge CoA recommendations as they are ready with instances where Vinod Rai and his committee did not adhere to standard protocol of calling general body meetings on policy decisions.

A senior BCCI official in the know of things told PTI: “The CoA on one hand quotes the existing BCCI constitution for removal of the office-bearers but at the same time does not summon general body on policy matters. The Players’ Central contract should have been placed at the GB. Similarly all the major appointments — ACU office, GM (marketing), GM (Cricket Operations) should have been done in consultation with general body. So on one hand, you cite BCCI constitution to remove them and on other hand bypass it on policy matters.

“Also, Rai started interfering in technical cricketing matters, which certainly wasn’t his domain. A question can be asked about how come, he was asking questions on cricketing issue where as the Supreme Court mandate was to implement Lodha Committee recommendations,” the senior official fumed. 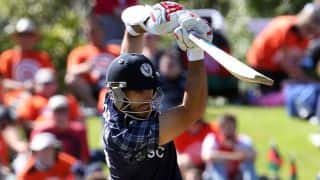