The BCCI has cracked the whip on players who fudged their age this season and disqualified many of them on the basis of their X-ray reports, said BCCI's Chief Administrative Officer Prof Ratnakar Shetty. 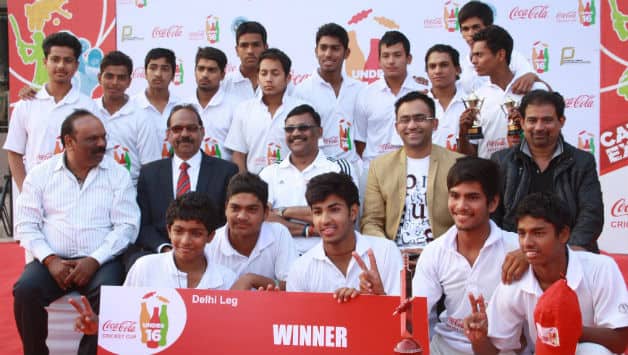 The BCCI has cracked the whip on players who fudged their age this season and disqualified many of them on the basis of their X-ray reports, said BCCI’s Chief Administrative Officer Prof Ratnakar Shetty.

“We have become very harsh. Many children, who wanted to qualify themselves on the basis of birth certificates, were disqualified. We made X-ray test[s] compulsory along with birth certificate[s] and the result was good,” he said at the launch of the Mumbai leg of the Coca-Cola Cricket Cup U-16 inter-school tournament today.

“If you play Under-16 tournament, then a level playing field is important. He should get an opportunity based on the cricketing skills. If an overage boy plays then it is a disadvantage for kids who are good and it is a loss for them.

These overage players have no future later. This shouldn’t happen,” said the BCCI’s General Manager for Game Development.

“Please allow only those boys who are Under-16 to participate in this tournament. This is a menace in India and in and around our country, something which we need to fight.

This year, we [BCCI] have put our foot down. We had everybody going through a system,” he said.

“The idea is that only those who are really eligible should get a chance to perform and should not be denied an opportunity in the right age. Most of the time, I feel it is parents who encourage overage players and the schools who want to win the championships,” he said.

The Coca-Cola Cup Under-16 inter-school tournament is a partnership between the beverages major and Procam International and the players would be mentored by former India Test cricketer Saba Karim.

The Mumbai leg of the tourney will have the top 24 school teams, who have participated in the Giles and Harris Shield tournaments conducted by the Mumbai Schools Sports Association, taking part along with four teams from Thane.

It will be played on a knock-out format from tomorrow and concludes with the final on February 27. The winners and runners up of the Mumbai leg will get prize worth Rs 50,000 and Rs 35,000, respectively.