England and Wales Cricket Board (ECB) chairman Colin Graves has said that it will host a day-night Test in the coming days.

London: England and Wales Cricket Board (ECB) chairman Colin Graves has said that it will host a day-night Test in the coming days. Australia held the first day-night Test against New Zealand in November in the hope of attracting larger crowds and a peak time television audience. “You can’t turn your back on it, it will happen. We just have to decide when it is going to happen. We’re doing a lot of work on it and we’d love to see day-night cricket,” Graves was quoted as saying by the BBC on Thursday. In a wide ranging interview during Test Match special’s coverage of the first day of the first Test between England and Sri Lanka at Headingley on Thursday, Graves also said, “Live Test cricket will never again appear on terrestrial television. Two or three counties were prevented from going bust in the past year.” Willey likely to miss ODI series against SL due to abdominal strain

“A revamped T20 competition will not be themed on franchises but could have city-based teams. Test cricket is safe so long as governing bodies move to protect it. Counties should look to hold day-night first class matches.” England have announced plans for this summer’s contests against Sri Lanka and Pakistan to be multi-format ‘Super Series’, with points on offer for Test, One-Day International and Twenty20 matches. Stuart Broad set to face dissent charges by ECB

Currently, the world Test rankings are the only global form of competition for the five-day game, with plans to hold a World Test Championship in 2013 scrapped in 2011. “We have to make Test cricket meaningful and we have to put some ‘oomph’ behind it,” Graves said. “Test cricket is safe if we do something about it, but I don’t think it is safe if we do nothing. That is not an option. The International Cricket Council is looking at it and the other countries are looking at it,” he added. 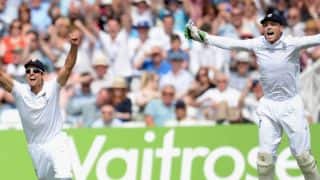 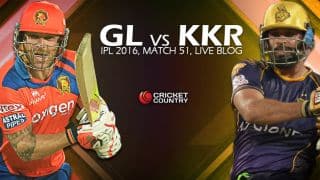