Essex leads the points table with 9 wins and 4 draws from 13 encounters after beating Hampshire.

In what was an enthralling match between Essex and Hampshire in County championship, the former emerged victorious after being asked to follow-on. This is also the first time since 1999 that Essex has managed to topple a side, after Nottinghamshire, following-on. Essex were bundled out for a mere 76 in the first innings, and were trailing by a whopping 178-run margin, before they changed the script in the final innings. Chasing 185, Hampshire succumbed to a 108-run defeat as Sam Cook’s 5 for 18 wrapped their innings for 76.

Cook credited coach Chris Silverwood after the emphatic turnaround. It was his pep talk which instilled faith on the team and resulted in a 108-run thumping of Hampshire. “It is an amazing environment to thrive in with everyone so happy after winning the Championship. Silvers talked about the 1992 following on win against Hampshire in the dressing room a few days ago when we were a few wickets down and looking down in the dumps. He said ‘this happened 25 years ago, why can’t it happen again?’ and it just sums up our season as a whole that history has repeated itself”, told Cook.

Essex encountered a brilliant Kyle Abbott spell, 6 for 20, to fold their first innings for 76. In reply, Hampshire mustered 254 riding on George Bailey and James Vince’s half-centuries. Trailing by 178 runs, Essex had their task cut out but fought hard. A hundred from Dan Lawrence and contributions from James Foster and Ravi Bopara propelled their score to 364; setting 185 for victory. It was a par score under tough batting conditions, and Essex sensed a change in fortunes. Cook’s 5-for was well complimented by Jamie Porter and New Zealand’s Neil Wagner. In the end, Hampshire’s highest individual score was 16; sums up the story.

Hampshire coach and former England all-rounder, Craig White stated, “We were hoping to chase a few less, maybe around 120-130 and it could have been difference, although that would have been tough the way they bowled. Everyone needs to take a look at themselves in the mirror and find out why we keep losing clumps of wickets. It needs addressing.”

By virtue of this victory, Essex leads the points table with 9 wins and 4 draws from 13 encounters. They are sitting pretty at the top spot with 228 points. 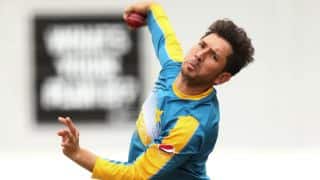 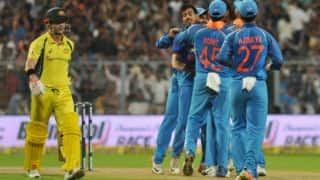 Indian conditions should not be excuse for Australia, says David Warner