Shivnarine Chanderpaul showed that even closing in on his 43rd birthday his stubbornness at the crease remains as he stood firm for Lancashire.

Londres: West Indies great Shivnarine Chanderpaul showed that even closing in on his 43rd birthday his stubbornness at the crease remains as he stood firm for Lancashire in their county championship First Division match with Surrey on Friday. Chanderpaul, a mainstay of the West Indies batting for over two decades and who played the last of his 164 Tests in 2015, shared a superb unbeaten seventh wicket partnership with Jordan Clark of 172 to guide his county to 294-6 on the first day. Chanderpaul was dropped on 47 but went on to make 85 not out while Clarke was on a career best 108. County Championship 2017: Chanderpaul, Vilas to join Lancashire

Lancashire had at one point been in a perilous position of 67-5 but Chanderpaul put on 55 runs for the sixth wicket with Ryan McLaren before the latter fell lbw to veteran spinner Gareth Batty. Chanderpaul, who scored over 11,000 Test runs at an average of over 50, was content to play the secondary role allowing Clarke to flourish he beat the West Indian to 50 and resulting in the 26-year-old’s maiden first class century. Earlier, the Manchester-based club have signed both Chanderpaul and South Africa wicket-keeper/batsman Dane Vilas in a bid to bolster their top order during the upcoming 2017 English season. Only Brian Lara has scored more Test runs for the West Indies than Guyana star Chanderpaul who scored 11,867 runs and 30 centuries in 164 matches.

He has agreed a one-year contract, while 31-year-old Vilas has signed a two-year deal with Lancashire. Both players have joined Lancashire as non-overseas players on Kolpak contracts, a move which effectively ends Vilas s hopes of playing for South Africa again in the immediate future, with Chanderpaul having already retired from international duty. 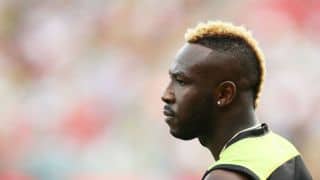 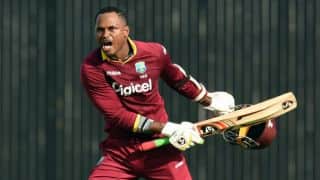