The Zouks have announced a number changes to their roster for the upcoming season.

The St Lucia Zouks have announced several changes to their playing roster for the 2019 Hero Caribbean Premier League (CPL).

Sri Lankan veteran Lasith Malinga will be replaced by Krishmar Santokie for the first two games of the season and by Colin de Grandhomme for the remaining matches.

Former West Indies pacer Santokie has previously played for the Guyana Amazon Warriors, Jamaica Tallawahs and St Kitts & Nevis Patriots in the CPL. His 80 CPL wickets are the second highest by any bowler in the competition.

The Sri Lankan pair of Thisara Perera and Niroshan Dickwella have international commitments. Perera will miss the first two games and will be replaced by Afghanistan’s Najibullah Zadran for those matches, while Dickwella will miss the entire CPL and will be replaced by Cameron Delport for the first two games and Hardus Viljoen for the rest of the tournament.

South African bowler Beuran Hendricks has international commitments and is no longer available. He will be replaced by Dominican allrounder Kavem Hodge.

The Zouks have replaced the St Lucia Stars for the 2019 CPL season following the recent termination of the participation agreement with the company operating the Stars franchise. The Zouks will be playing matches in St Lucia and across the Caribbean in this year’s CPL which takes place from September 4 to October 12. 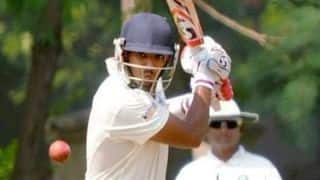