Russell has raised questions over the professionalism and lack of communication in Tallawahs despite being appointed their captain in 2018.

Days after Chris Gayle hit out at former West Indies teammate for his ouster from Jamaica Tallawahs, allrounder Andre Russell has said the Caribbean Premier League franchise is the ‘weirdest’ he has ever played in.

Russell has raised questions over the professionalism and lack of communication in Tallawahs despite being appointed their captain in 2018 following his return from doping ban.

“I am a guy who plays to win,” Russell said on Instagram. “I’ve won 13 (T20) championships. If I’m picking a friend, I believe in that friend. But the way the Tallawahs went about things; I was trying to reach them on the day of the draft: no reply.”

Rusell’s frustration stems from the 2018 season during which, he alleges, the franchise ignored his recommendations for the players draft. Tallawahs responded only after the draft was over, inquiring whether he was happy with the squad.

Russell had an off CPL 2019 during which he managed just 99 runs and six wickets from five matches.

He claims to have been treated like a novice and he felt not valued at the franchise. “I felt like a first-class player that just made his debut one game ago. ‘Your opinion is not valuable’. That’s how I was treated. Even when I ask questions: ‘who you guys planning on retaining? Who are you guys planning on buying’? I don’t get any answers. So, I just leave it,” he said.

Russell says he will see through his contract and then not play for Tallawahs again. “I have another year’s contract with the Tallawahs. I’m going to play and try to win because that’s all I play for, but this will be my last, because I’ve been getting mixed up with all this s**t that is happening, and I can’t be playing cricket where I’m not comfortable,” he said.

Meanwhile, Tallawahs has rejected Gayle’s claim of being pushed aside by Ramnaresh Sarwan from the team.

“Mr Gayle gave several reasons for the decision that was made not to retain him in the Tallawahs. However, the truth is that this decision was made collectively by the ownership and management team, which did not include Mr Ramnaresh Sarwan, and based purely on business and cricketing reasoning.” Tallawahs said in a release.

The franchise further added, “The Tallawahs had a very disappointing season in CPL 2019, where the team finished last in the tournament. The ownership and management team has exercised its rights in the selection of players for CPL 2020 for the betterment of the team.” 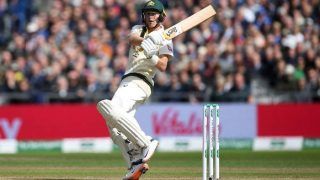 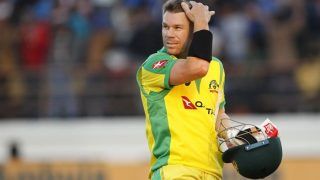