Kolkata: The Cricket Association of Bengal (CAB) on Sunday appealed the Left Front to call off their strike on April 30 on which day Kolkata Knight Riders (KKR) are scheduled to take on Chennai Super Kings (CSK) in their Indian Premier League (IPL) match at Eden Gardens.

“The tickets for the match have already been distributed and sold out. You’re therefore requested to postpone the 24-hour strike call so that it does not hamper the scheduled IPL match,” CAB treasurer Biswarup Dey wrote in a letter to Left Front chairman Biman Bose.

CITU, INTUC and six Left-backed trade unions today jointly called a 24-hour general strike in West Bengal on April 30 to protest against alleged violence in the just-concluded civic polls in the state. 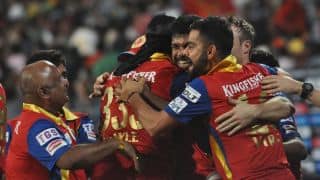