Cricket too has had its political angle. The ICC World Cup in 1996 had seen many nations refusing to travel to Sri Lanka for their matches, citing security concerns. The country wracked with internal strife needed the balm of cricket, but that was almost denied.

Sri Lanka can be a vacationer’s dream. The island nation, shaped like a pearl, is close to it when it comes to sheer natural beauty. The country and its people have been a place of happy memories for almost all who have been there, including this correspondent and most of your memories are happy ones, of a smiling people and the series of places to see, from the old and new Colombo streets to the unending beaches and then into the thick forests and the hills, where you can even shiver in the cold, as you marvel at the flora and the fauna.

Sadly however, Sri Lanka has also seen its share of political and off late, economic trouble, and for a nation that has been such a happy place to visit, the news in the recent months has been disturbing.

The crisis was of such proportions that people were out on the streets and there were widespread protests against the previous government as the country descended into the darkness of financial and resource crunch, unprecedented even for what has always been an economy on the edge.

Such was the crisis that even cricket or cricketers were not left out. Former stars like Mahela Jayawardene and Kumara Sangakkara, engrossed in their roles in the Indian Premier League at the time, took to social media to ask questions of the government as Sri Lankan citizens.

The influence of such stars is never to be underestimated, nor is the impact of the game in the island nation.

So, it was quite a relief to see the full stands in Colombo as Australia began their limited-overs series there. As always, the results of the matches are not always reflected in the mood of the crowd. Sri Lankans have danced in the aisles even when the team has lost.

There were packed stands and smiles galore as cricket took people’s minds off their immediate worries, and the Sri Lankan that we have come to know and respect was there to be seen again.

Cricket too has had its political angle. The ICC World Cup in 1996 had seen many nations refusing to travel to Sri Lanka for their matches, citing security concerns. The country wracked with internal strife needed the balm of cricket, but that was almost denied.

Nevertheless, the nation rallied, with support from players from India and Pakistan, and went on to play their most successful World Cups, beating Australia, one of the teams that had not travelled there, in the final.

Cricket can do magic in the sub-continent and Sri Lanka is no different. Even as the country repairs itself and sets about welcoming the world again with its smiles, the sport does its bit to keep the smiles intact with its sheer popularity. 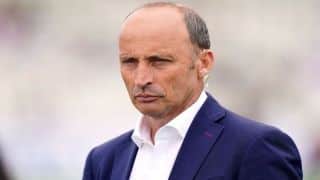 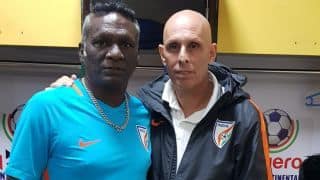