Three accusations levied against South Africa in recent times have raised concerns within the camp.

In what is turning out to be heady days in South African cricket, with the teaming surging to the top of the International Cricket Council (ICC) rankings in Test cricket, a the recent accusations of ball tampering levied against some of the Protea players took the sheen of them somewhat . In the recent annual meeting, the issue came up for discussion and Cricket South Africa (CSA) has pledged a zero-tolerance stand on the matter.

In the recently concluded Test series against Sri Lanka, Pacer Vernon Philander found guilty ball tampering after video cameras caught Philander rolling his fingers over the ball. He was subsequently fined 75% of his match fee. Faf du Plessis was also under the scanner last year during the Test series against Pakistan in the United Arb Emirates (UAE). Australian batsman David Warner also accused AB de Villiers of the act.

Board member Vusi Pikoli, a leading figure in South Africa’s legal industry, said he was “deeply concerned” at the practice and that “such behaviour cannot be tolerated” from the national team, cricket.com.au reports.

“The committee wishes to raise its deep concern (at) the recent reports and allegations of ball-tampering,” said Pikoli, CSA’s ethics sub-committee chairman.

“The committee takes a very dim view of these reports and wishes to send out a strong message that such behaviour cannot be tolerated. Such conduct damages our fragile reputation.

“It’s not about what others do, it’s about our reputation, and we urge our lads to take this matter very seriously.” 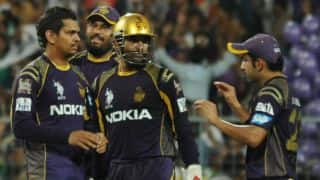