It is no secret that BCCI office-bearers and at least two CoA members don't see eye to eye.

It is no secret that BCCI office-bearers and at least two CoA members don’t see eye to eye but secretary Amitabh Chaudhary and Lt. Gen (Retd) Ravindra Thodge were seated together in the same hospitality box during India‘s abandoned World Cup game against New Zealand in Nottingham on Thursday.

A lot of BCCI’s state unit officials have already landed in the United Kingdom, primarily to watch the India versus Pakistan game at the Old Trafford on Sunday.

“I will be there till the Pakistan game and then leave,” Thodge informed as he waited outside the Trent Bridge gate for his pass.

It was not exactly a comfortable situation for both as the Supreme Court appointed Committee of Administrators and the BCCI office bearers have been at loggerheads. However, it was difficult to arrange tickets for separate boxes.

The CoA had sanctioned seven days trip for itself and the office bearers during the World Cup.

However, both CoA chief Vinod Rai and member Diana Edulji are not coming to watch the World Cup. Rai, who is currently in Singapore, had made it clear that he will not be travelling due to personal commitments, while Edulji had objections with sanctioning of the trip, which she felt was “unethical”. 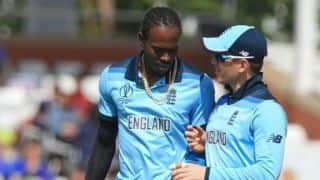 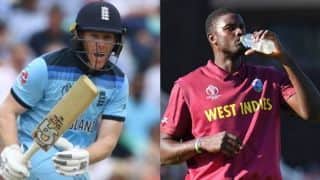