McCullum hoped that New Zealand will ride their luck and make it to the semifinals of the World Cup 2019.

McCullum picked India and England to win as many as eight games each in the league stage, which means both the teams are in his list of top four.

Australia, according to his prediction will win six league games and lose against India, West Indies and Pakistan. Going by this logic, the Aaron Finch-led side will be the third team to make it to the semi-finals.

However, McCullum feels there will be a tough competition to occupy the fourth and final spot in the semi-finals. (ALSO READ: Cricket World Cup: New Zealand steamroll Sri Lanka by ten wickets)

He has predicted that New Zealand, West Indies, Pakistan and South Africa will win five games and lose four. However, he hoped that NZ gets that little bit of luck and can qualify for the semi-finals.

4 teams will fight out the 4th qualifying spot and net run rate will decide who progresses. Rain and luck will likely play a part as well. I hope Nz gets that little bit of luck and can qualify. Enjoy the 6 week celebration of the best players on the planet. ?? #CWC2019, McCullum wrote in his social media post. (ALSO READ: Eoin Morgan reveals how England were inspired by Brendon McCullum’s New Zealand post 2015 World Cup debacle)

Former Australian batsman had his say on McCullum’s prediction as well. Waugh tweeted, saying, “Good summary. IMO I think England and Aust certain semi finalists. India not so sure but probably sneak in.Preparation a little suspect and batting lineup uncertain in the middle order. Big reliance on Kohli and Bumrah. NZ slightly ahead of WI and Sth Africa for 4th.” 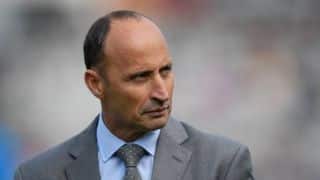 Sourav Ganguly transformed India from a nice cricketing nation to a ruthless one: Nasser Hussain