Pacers come to the party as West Indies kicked off their World Cup campaign with a comprehensive seven-wicket win.

Pacers came to the party as West Indies crushed Pakistan in their first game at the ICC Cricket World Cup 2019 at Trent Bridge in Nottingham on Friday.

Bowling first, the Jason Holder-led unit bundled out Pakistan for 105 in 21.4 overs and then chased down the target in 13.4 over to seal a comprehensive seven-wicket win.

While Holder scalped three wickets and Andre Russell picked up two wickets, it was Oshane Thomas, playing his first World Cup game, who impressed one and all and returned with the figures of 4/27 and won the Man of the Match award, received from Sir Vivian Richards.

(It is) Definitely, great start for me as a youngster, I’m honoured to have got this trophy from Sir Viv Richards. I had a good sleep yesterday (and wasn’t nervous thinking about the first World Cup game), said Thomas.

The right-arm pacer said that it was Russell, who dismissed Fakhar Zaman and Haris Sohail to begin the Pakistan slide, who led with the ball . (ALSO READ: Cricket World Cup 2019: Pakistan slump to their second-lowest World Cup total)

Andre Russell led the way with the ball, he was very aggressive and basically set it up for us with the aggressive bouncer. We executed our plans well, said Thomas.

The 22-year-old also said that he is more than happy to run in bowl and anywhere.

Anywhere I get to bowl I’m happy to run in and bowl… want to keep winning games for West Indies. I just want to keep working hard and do my things, concluded Thomas. 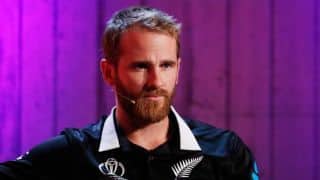 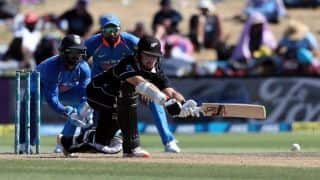