Cricket World Cup 2019: India has got the best bowling attack at the World Cup: Lalchand Rajput

Cricket World Cup 2019: India has got the best bowling attack at the World Cup: Lalchand Rajput

India begin their campaign against South Africa at Southampton on June 5.

Former India opener Lalchand Rajput believes the Virat Kohli-led side has the best bowling attack among the 10 teams to take part in the upcoming ICC World Cup 2019, making it one of the favourites for the 50-over showpiece event.

“I think India has got best bowling attack and we have got a very well balanced team. We have got very good all-rounders and if we look at any other team, India is best equipped for that,” Rajput, who is also the mentor of the T20 Mumbai League side Triumph Knights Mumbai North East, said on Sunday.

“And if it is a good day our team, it is very difficult to beat them. And Hardik Pandya is a great X-factor in the team and Ravindra Jadeja who can get going at the lower order, so overall, I think we have got a very good chance and I think we should be in the top four,” added Rajput, who is now Zimbabwe’s coach.

India begin their campaign against South Africa at Southampton on June 5. Rajput, who was the team’s cricket-manager when India lifted the inaugural T20 held in South Africa in 2007, feels that this team has the a heavy top three in Shikhar Dhawan, Rohit Sharma and skipper Kohli.

Asked about the similarities between the World Cup winning 2007 side and the current team, Rajput said, “As I said, there are lot of allrounders, they make lot of difference and I think we have got good allrounders, the strikers as well, we got a very heavy top three (batsmen) and that’s very important.

“Earlier also there was (Virender) Sehwag, Sachin (Tendulkar), now we have got Shikhar Dhawan, Rohit (Sharma) and Virat (Kohli) and then we have got the X-factor, somebody can really bang like a Hardik Pandya, (Mahendra Singh) Dhoni as usual a great finisher, so we have got a very well balanced team,” said the former Afghanistan coach. 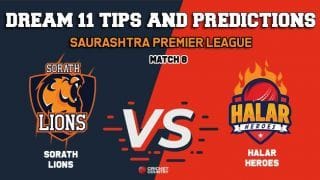 Dream11 Prediction: SL vs HH Team Best Players to Pick for Today’s Match between Sorath Lions and Halar Heroes in SPL 2019 at 7:30 PM 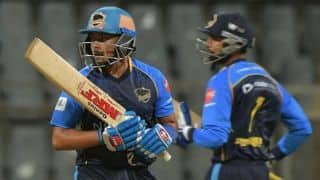 NMP vs AA, Match 11, T20 Mumbai, LIVE streaming: Teams, time in IST and where to watch on TV and online in India