Bangladesh have moved to the fifth spot in the points table after a win over Afghanistan.

Shakib Al Hasan s allround show 51 with the bat and five wickets with the ball and Mushfiqur Rahim s 83 were pivotal as Bangladesh beat Afghanistan by 62 runs in the 31st match of the ICC Cricket World Cup 2019 at The Rose Bowl in Southampton on Monday.

Put in to bat, Bangladesh posted 262 runs on the board as the two Bangladeshi veterans once again put their hands up. For Afghanistan, Mujeeb Ur Rahamn was their most successful bowler and returned with the figures of 3/39.

Chasing 263 runs to win, Afghanistan were bowled out for 200 in 47 overs. While Samiullah Shinwari scored 49 and skipper Gulbadin Naib scored 47, none of the other Afghanistan batsmen failed to contribute with the bat.

Bangladesh, who were playing their seventh game, registered their third win to move to the fifth spot with seven points against their name.

While the Mashrafe Mortaza-led side has lost three games, one game, against Sri Lanka, was a washout.

Afghanistan, meanwhile, suffered their seventh defeat in a row and continue to be at the tenth spot in the points table.

The win over Afghanistan has kept Bangladesh’s chances of making it to the semifinals alive. However, they will need to win their next two games – against India (on July 2) and against Pakistan (on July 5) – and then will need to hope that the results from the other matches work in their favour. Afghanistan will next face Pakistan (on June 29) and West Indies (on July 4). 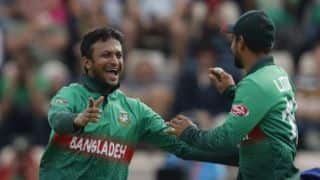 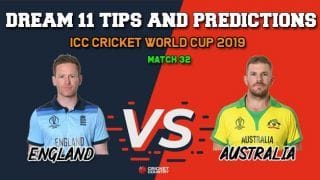