Imam said the confidence he had gained from facing England quicks Jofra Archer and Mark Wood would help him tame the Australia attack.

The 23-year-old, a nephew of Pakistan great Inzamam-ul-Haq, said the confidence he had gained from facing England quicks Jofra Archer and Mark Wood would help him tame the Australia attack.

“Starc isn’t a threat,” said Imam. “In fact, I am excited over the prospect of facing him. Same was said about Archer and Wood but we played them with confidence.”

Imam scored a solid 44 in an 82-run opening stand against England in Nottingham, setting up Pakistan’s second-highest total ever in a World Cup of 348 for eight in a match they won by 14 runs.

That came after he could only muster two runs in Pakistan’s seven-wicket defeat against the West Indies in their opening game, when they were bowled for a paltry 105.

Imam was Pakistan’s most successful batsman on that one-day international series with 271 runs, including a century, in the five matches.

“You can t say a bowler is threatening,” he said. “I try to prepare according to my strengths instead of bowlers’ strengths. I don’t think like that, because you need to beat top teams if you want to play the World Cup final.”

Imam, who hit a century on his ODI debut against Sri Lanka in 2017, scored a brilliant 151 against England in the series between the two countries before the World Cup.

He stressed the importance of giving Pakistan a platform in every game, with the help of opening partner Fakhar Zaman, as they prepare to face the defending champions, who will be smarting after a defeat to India.

“If you analyse then you notice that teams have succeeded in the World Cup mostly when the top three players have done well,” he said. 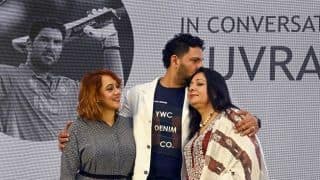