Cricket World Cup 2019: Mohammad Yousuf furious with PCB for allowing families to stay with players ahead

Yousuf said he couldn't understand the logic behind PCB's decision to allow the wives and children to join players before the all-important match against India.

Former captain Mohammad Yousuf is furious with the Pakistan Cricket Board (PCB) for allowing families of the players to stay with them ahead of the much-awaited match against India in the ICC World Cup 2019.

Wives and children of the Pakistan players have joined them in Manchester ahead of the clash against India on Sunday.

“I was part of the 1999, 2003 and 2007 World Cups but the board never allowed players to have their families with them during the tournament,” Yousuf said.

“In 1999 we had such a big team with so many big names that if we had pressurised the board to give permission to have our wives and children stay with us in team hotel they would have done so.

“But we didn’t because the World Cup is high-pressure event and players need to just be focussed on cricket and reaching the final. That is what happened in 99′ in England,” Yousuf said. (ALSO READ: Tickets for India-Pakistan match being resold for Rs.60,000)

Yousuf, who played 90 Tests and 288 one-day internationals, recalled that the board didn’t even give permission to players in one-day series or tournaments to have their families stay with them in those days.

“I remember we were allowed to have our wives and children with us only during Test matches as it made sense as we stayed in one city for at least a week,” Yousuf said.

The former Pakistan batsman said he couldn’t understand the logic behind PCB’s decision to allow the wives and children to join players before the all-important match against India.

“If it was necessary to appease the players they could have been allowed to have their wives and children at the start of the tournament, not at the business end of the World Cup.” (ALSO READ: Tendulkar reveals vital tips for Indian batsmen on how to face Mohammad Amir on Sunday)

Yousuf said with their families around it was a big distraction for the players and with important matches coming up he was worried about the results.

The PCB initially had refused to give permission to the players to have their families with them in the World Cup, but it later changed its mind and said families could stay in the team hotel after the match against Australia which Pakistan lost. 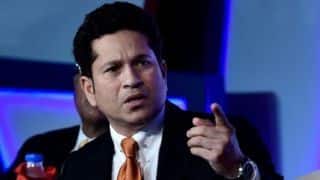 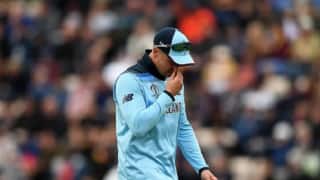