A week before the start of the ICC Cricket World Cup 2019, India legend Sachin Tendulkar has endorsed the number five spot as the best place for MS Dhoni in the Virat Kohli-led Indian cricket team.

Behind a top three of Shikhar Dhawan, Rohit Sharma and Kohli and the likely inclusion of rookie Vijay Shankar at No 4, Tendulkar has stated that Dhoni at five will allow the veteran wicketkeeper-batsman to set himself up for a death-overs assault in England.

“My personal opinion is Dhoni should be batting (at) five,” Tendulkar told ESPNcricinfo. “I still don’t know what the team combination would be, but if you are going Rohit and Shikhar as openers, to Virat at No. 3 and whoever at No. 4 then Dhoni could be No. 5. Then Hardik Pandya, an explosive player, follows them.

“That way the experienced batsmen are well spaced out and Dhoni can stretch the game towards the end where he himself can be explosive along with Hardik. From No 5-8 you are looking at finishers, who stay till the end and soak in that pressure. I feel we are well equipped to do that.”

India’s World Cup squad of 15 contains just one specialist left-hand batsman in Dhawan, and Tendulkar hoped the opener could produce innings that ate up the majority of the team’s 50 overs.

“A left-right combination always helps because that means the bowler has to adjust his line every now and then and the captain has also to keep thinking,” he said. “And if there is a partnership the job becomes even more tougher. So, yes, it is important for a left-hander to be there to put pressure on the legspinner or for that matter any bowler.”

Asked for his views on India’s middle order, and whether it is the team’s biggest challenge, Tendulkar said: “I look at it from a different point of view. From No 1 to 7 or 8 you expect the batsmen to deliver. Yes, each batsman would have a different role assigned by the captain and the coach, and one has to understand that role and deliver to the best of his ability.
(Cricket World Cup 2019: India team profile – all you need to know)

“I feel up to No 4 it is a different requirement as far as the delivery is concerned. And from No 5 – 8 you are looking at finishers, who stay till the end and soak in that pressure. I feel we are well equipped to do that.”

Tendulkar, who won the World Cup with India in 2011, tipped India, England and Australia for the semi-finals, with one of New Zealand and Pakistan joining them. 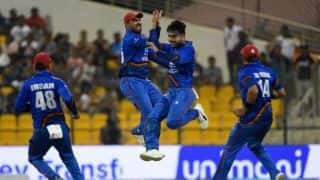 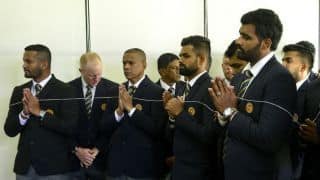