England cricketers going back several generations might be surprised at Lyon's characterisation, particularly given the heckling that takes place in Australia.

Australia spinner Nathan Lyon insists his team were prepared for the “ruthless” reaction from England fans to Steve Smith and David Warner during their ICC World Cup 2019 warm-up victory on Saturday.

Australia duo Smith and Warner were given a torrid time by the Southampton crowd against England.

It was the shamed pair’s first appearance against the English since the end of one-year bans for their role in the sandpaper ball-tampering scandal in South Africa that plunged Australian cricket into crisis in 2018.

There were audible boos, jeers and chants of “cheat”, a soundtrack that Warner and Smith will need to get used to as the World Cup progresses and then gives way to the Ashes series against England.

But neither man seemed to fret over the welcome, Smith with a match-winning 116 and Warner making 43, and Lyon was far from shocked by what he heard. “It was as expected. They are ruthless over here,” he said.

“I’ve had two Ashes tours and a one-day series over here and haven’t experienced anything else. They’re ruthless and there’s not much love. They haven’t changed their lines in the last 12 months.”

England cricketers going back several generations might be surprised at Lyon’s characterisation, particularly given the heckling that takes place in Australia.

Lyon played the provocateur in 2017 when he talked of ending English careers and rounded on former wicketkeeper Matt Prior. “I’m very competitive and I don’t think I’m going to change very much,” he said.

“I will play the cricket I’ve always played and make sure I wear my heart on my sleeve. I will be competing against whoever we’re playing.” 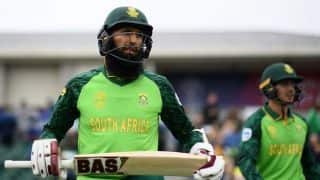 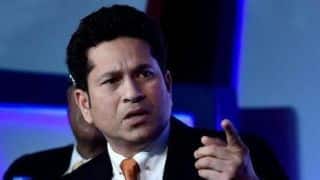