Whatmore said it was easy to talk about the issue in hindsight, adding he had not heard about the boundary count rule.

Former Sri Lanka coach Dav Whatmore Tuesday weighed in on the boundary count rule which handed England the ICC Cricket World Cup 2019 and said that the trophy could have been shared with New Zealand as it would have been a fair reflection of the two teams’ “tenacity”.

“There was no winner, so the trophy could have been shared. It would have been a fair reflection of both teams’ tenacity to win the Cup,” Whatmore said on Tuesday.

“It is a learning curve. These sort of things could have been handled better, may be have a re-match, I don’t know. Before the sides came to the tournament, they knew about it and that is the bottom line,” he added. (ALSO READ: ‘Awarding six runs to England was a clear mistake by Kumar Dharmasena and Marais Erasmus’)

Whatmore said those who made the rule might not have anticipated such a situation as happened on Sunday at the Lord’s.

“I wonder how many people knew about it at that time. Umpires are humans as well. One would argue the same point for other instances which happened in the past. It is unfortunate, it has happened. After two ties, there was not really a winner. But under the rules which the teams have signed on, it has got to go to England.”

He said it was easy to talk about the issue in hindsight, adding he had not heard about the boundary count rule.

“It is easy to sit here and come up with bits and pieces of rules that appear to be more fair. I have not heard of that (boundary count) rule before, run rate I have. These things happen one in a million times, probably more than that,” the Australian, who guided Sri Lanka to the 50-overs World Cup title in 1996, said. (ALSO READ: Second super over or boundary count? Sachin Tendulkar weighs in on thrilling ICC World Cup tied final)

“I thought it was very good, it lived up to expectations. Unfortunate that they had a couple of injuries. The no. 4 position kept sticking up, asking for a better solution. India over the course of the tournament did a very good job, unfortunately the first 10 overs of the semi-final against New Zealand proved very costly,” he said.

He, however, did not want to be drawn into the topic of who should have batted at no. 4 for India in the semi-final and said the team’s think-tank would have given thought before taking a call.

The Sri Lanka-born Australian, however, said he was in not favour of an IPL-style knock-outs (which include qualifier and eliminator) for the World Cup.

“It is possible. The argument is that you get a reward for finishing on top of the table and that you deserve a second chance. I think that’s the beauty of the tournament (IPL). It would be nice to keep it that way. It is unfortunate that it happened, but other unfortunate things also happened,” he added. (ALSO READ: Jofra Archer overcomes cousin s death to lift England to World Cup glory)

Whatmore said that Mahendra Singh Dhoni‘s contribution to Indian cricket must be kept in mind and even if he has to retire he must be allowed to go on his terms.

“Calls for Dhoni’s retirement, I think it is a bit unfair. It is time for him to retire… but because he has done so much for India, he deserves the time to take the call,” he said.

Whatmore painted a bright future for India and said the country boasted of several quality batsmen and a strong bowling unit. He said talented players like Shubman Gill can have a long career ahead of them.

“It is all positive. India has a number of quality batsmen, a strong bowling line-up. I think it is a matter of time before Shubman Gill comes in, what a player. He has got the technique to be a no. 4, he can be groomed for that, I am sure he will have a long career,” he signed off. 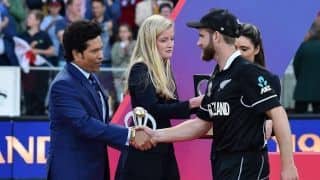 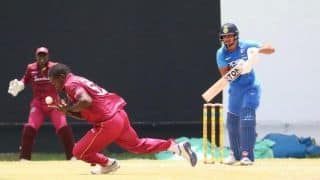