Taufel, a member of the MCC laws sub-committee, admitted that England should have been awarded five runs and not six.

It was one of the best World Cup final till date, but a dramatic one on Sunday night at Lord s where the pendulum swung viciously in the final over of the ICC Cricket World Cup 2019.

England needed nine from three balls when Ben Stokes hit New Zealand pacer Trent Boult to the deep. The return throw from Martin Guptill hit Stokes’ bat as he dived to make his ground for the second run. The ball rebounded to the rope for additional four runs. It impacted the equation to such an extent that the heart-stopping contest stretched to the Super Over and eventually the hosts lifted their maiden World Cup trophy on boundary counts after the scores were tied at 15.

England had hit 26 boundaries to the Black Caps 17, the hosts were declared the champions.

Former international umpire Simon Taufel conceded that it was a clear mistake on the part of the onfield umpires Kumar Dharmasena and Marais Erasmus to award England six runs in the final over. (ALSO READ: ‘Such a shame that the ball hit Ben Stokes bat: Kane Williamson’)

The Australia umpire Taufel, a member of the MCC laws sub-committee, admitted that England should have been awarded five runs and not six.

They (England) should have been awarded five runs, not six. It s a clear mistake it s an error of judgment, Taufel, a five-time winner of the ICC s Umpire of the Year, told Fox Sports on Monday.

The MCC rulebook, Rule 19.8 which deals with overthrows states:

If the boundary results from an overthrow or from the wilful act of a fielder, the runs scored shall be any runs for penalties awarded to either side and the allowance for the boundary and the runs completed by the batsmen, together with the run in progress if they had already crossed at the instant of the throw or act.

Taufel did come to the defence of the officials and said that it was unfair to say this was the moment that decided the match. In the heat of what was going on, they thought there was a good chance the batsmen had crossed at the instant of the throw. Obviously, TV replays showed otherwise, he explained. (ALSO READ: Ben Stokes overthrow sequence should have been five runs, not six)

If only five runs were given instead of six, England would have needed four from the last two balls and not three. That would have meant that Adil Rashid, and not man-of-the-match Ben Stokes, should have faced the second last ball.

However, Taufel lavished praise on Dharmasena and Erasmus as the best of the best and explained the difficulty of umpiring the specific situation. (ALSO READ: ‘Ridiculous rule. Should have been a tie.’ – Boundary-count rule slammed for deciding World Cup winner)

You also have to watch where the batsmen are at that exact moment. It s unfair on England, New Zealand and the umpires involved to say it decided the outcome, Taufel said. 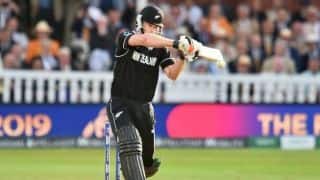 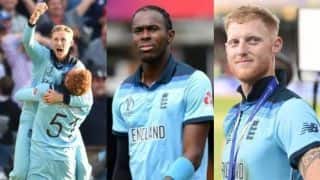