Kohli, who was batting, waved to some fans and urged them to clap at Smith.

Steve Smith and David Warner s return to the Australian squad in England after serving suspension for their involvement in the ball-tampering scandal was expected to be received with great hostility from fans. The evident occurred.

Ahead of the for the ICC Cricket World Cup 2019, Smith was booed when he hit a hundred during a warm-up match. Against West Indies, the former Australia captain was booed once again when he raised his bat to celebrate a fifty.

Smith faced the same situation during Australia s clash against India at the Kennington Oval on Sunday, though this time it happened when he was fielding.

When Smith moved to the boundary line to field, he was greeted with boos and cheater chants at the venue which had majority fans in blue. Virat Kohli, who was batting in the middle, walked towards that stand, waved to the fans and gestured them to clap at Smith and not boo him. Smith was shown thanking Kohli after that incident.

Smith and David Warner were banned for a year over their roles in the ball-tampering scandal which erupted in Cape Town last year. Both men returned to the Indian Premier League in 2019 to play for their respective teams and were selected for the World Cup.

After winning the toss, India decided to bat and posted 352/5 off their 50 overs on the back of Shikhar Dhawan’s 17th ODI century. Kohli hit 82 from 77 balls, Rohit Sharma made 57 and Hardik Pandya hammered 48 off 27 balls. 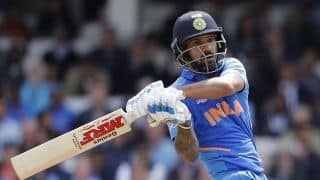 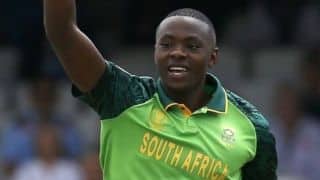