Cricket South Africa (CSA) may take its suspended chief executive Gerald Majola to court if he refuses to repay the bonus of nearly R2 million, which he pocketed from the second edition of the Indian Premier League (IPL) without informing the board. 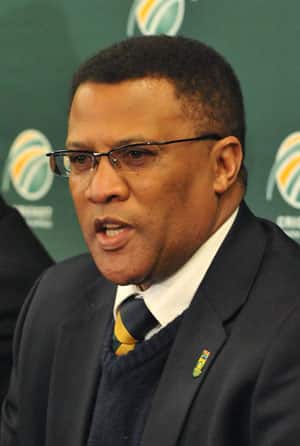 Cricket South Africa (CSA) may take its suspended chief executive Gerald Majola to court if he refuses to repay the bonus of nearly R2 million, which he pocketed from the second edition of the Indian Premier League (IPL) without informing the board.

CSA acting chief executive Jacques Faul said they would comply with the decision of the Sports Minister Fikile Mbalula that the IPL bonuses paid to Majola and former Chief Operating Officer Don McIntosh be recovered.

Mbalula was reacting to a report on steps taken by CSA in the wake of the Nicholson inquiry, which found Majola to be in breach of his fiduciary duties.

The Minister had instituted the inquiry into the financial affairs of CSA following two years of internal wrangling over the IPL 2 bonuses, which Majola paid himself and other senior staff without informing the board.

IPL 2 was played in South Africa after hurried negotiations between Majola and then IPL supremo Lalit Modi due to security concerns around elections at that time in India.

Majola is currently on suspension pending a disciplinary hearing, which is expected to be finalised by the end of this month.

McIntosh resigned at the height of the controversy, but is also facing legal action from CSA for recovery of the bonus. Between them, Majola and McIntosh are believed to have pocketed R3.3 million of the R4.7 million bonus received from the IPL.

Informed sources said that any possible civil action, if Majola refused to pay back the bonus, would have to be instituted before July 22, which is three years after he received the bonus.

Faul said CSA lawyers would be advising Majola and McIntosh this week of its intention to get back the bonuses, adding that the Board would also be consulting its lawyers about former CSA corporate relations manager Kass Naidoo, who also resigned as the controversy grew.

Majola and Naidoo refused to comment, but McIntosh told a daily ‘Business Day’: “I have always respected proper process without contributing to all the half-accurate media speculation that seems to occur, and will continue to do so.” (PTI)