Chennai Super Kings, the table-toppers, will host Kings XI Punjab in the 45th match of the Indian Premier League at the MA Chidambaram Stadium, Chennai. 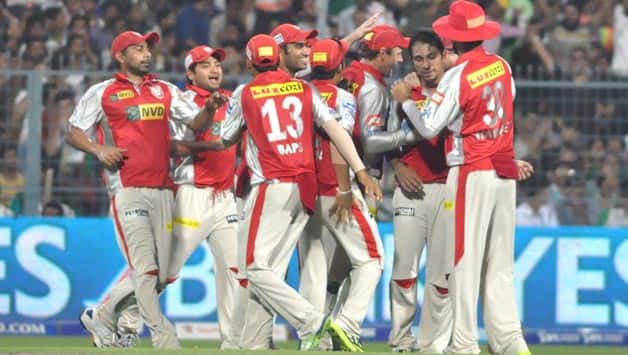 Chennai Super Kings, the table-toppers, will host Kings XI Punjab in the 45th match of the Indian Premier League at the MA Chidambaram Stadium, Chennai.

The Kings XI Punjab need a streak of inspiration from somewhere to give their chequered campaign a direction. Adam Gilchrist’s perpetual struggle with the bat for eight matches had not helped Punjab’s cause. In the last game Gilchrist opted out of the match to give younger foreign players a chance- a move that might stand Punjab in good stead.

For Chennai, everything seems to be going as per plan. All the top-order batsmen have had big scores under their belt; they are confident as well. In the last game against Pune Warriors, Suresh Raina’s measured knock and MS Dhoni’s belligerence were the high points. Michael Hussey and Wriddhiman Saha’s alliance of 103 against Kolkata Knight Riders took the game away from the defending champions. Dwayne Bravo and Ravindra Jadeja’s last-over heroics shows Chennai’s batting depth. Signs are ominous for all the teams since every Chennai batsman has struck rich vein of form.

Mohit Sharma’s three-for has been good news for the Super Kings. His ability to keep coming at the batsman and his lengths have been immaculate. Christopher Morris, the South African all-rounder, has been bowling well and is improving with every game. The spin duo of Ravichandran Ashwin and Ravindra Jadeja have the ability to stem the flow of the runs and pick up wickets. And Dwayne Bravo is probably the best death bowler of the tournament.
Chennai have very little to worry about in the game against Punjab. Kings XI are eager to register a win and give inch closer to the knockout stages of the competition. Beating Chennai in Chennai will boost their confidence. Punjab seek win, they seek inspiration.