Current players are benefiting financially from Tendulkar, Dravid, Kumble and others' fight in 2002: Sehwag

Current players are benefiting financially from Tendulkar, Dravid, Kumble and others' fight in 2002: Sehwa

Sehwag said that it was the effort of the senior players 17 years back that saw the BCCI share the revenue earned with the cricketers.

Indian cricketers are considered one of the richest in the world, but former India opener Virender Sehwag believes that things could have been very different had it not been for the efforts of the likes of Sachin Tendulkar, Rahul Dravid and Anil Kumble among others in 2002.

Sehwag, during an event in New Delhi, said that it was the effort of the senior players 17 years back that saw the Board of Control for Cricket in India (BCCI) share the revenue earned with the cricketers – both international and domestic.

“It always helps when you get a share in the revenue along with the fees that you get. Say for example if 100 players are playing and 20 per cent is being shared, then it gets shared equally. That is a permanent income. We had to fight for it. We got 26 per cent for that, something which I don’t think you get in any other sport.

“The episode happened in 2002 and after that there haven’t been any issues between the board and the players because both parties wanted that cricket should thrive and that our players should be one of the best in the world,” he explained.

“Today if the players are getting paid so well in the IPL, what do you think is the reason? It is because of the efforts put in by Tendulkar, Kumble and Dravid among others. Had they not fought, maybe there wouldn’t have been so much money in the game.” Smriti Mandhana is Wisden's Leading Women's Cricketer of the Year 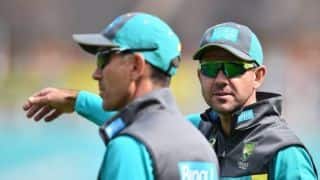