Legendary pacer Curtly Ambrose has given his opinion on Sanjay Manjrekar’s comments on Team India off-spinner Ravichandran Ashwin. Manjrekar recently said that he doesn’t consider Ashwin in the all-time great category as he emphasized on 34-year-old’s overseas performances to prove his point. Meanwhile, Manjrekar’s comments irked a debate on social media as many bashed him for his comments. The former Indian cricketer has been involved in several spats with the players in the pasts for his opinion.

Ambrose said that everyone is entitled to present his opinion as everyone looks at greatness in their own way.

“We all have our different opinions. We all look at greatness in different ways. Sanjay Manjrekar was a wonderful cricketer in his time. He has his opinion of that, we all have our views. But, how do you define greatness? That is a good question,” Ambrose said in a talk show on ‘The Curtly and Karishma Show’ on YouTube.

“Because sometimes, to be quite fair, we use the word greatness loosely. So, we have to be careful with how we define greatness. According to me, greatness is when a player can be very consistent over a period of time, for years, not one or two years.”

Ambrose, who picked up 630 wickets in all formats, said that the value of a player can only be judged when some are at the finishing years of his career.

“Some guys can come into international cricket, and for two or three years, set the world on fire. And, for the next six to seven years, they do nothing. You cannot really judge on the first two or three years. It is over a period of time, through a whole career. At the end of your career, you can be judged if you were great or good or average.”

Ashwin has been one of the biggest match-winners for India in the past decade, especially in red-ball cricket. The veteran spinner has claimed 409 wickets in the longest format, while has a decent record in limited-overs too with 150 wickets in ODIs and 52 scalps in T20s. 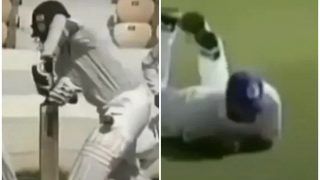 VIDEO: When Sachin Tendulkar Got Dismissed For a Duck For The First & Last Time in Ranji Trophy Cricket 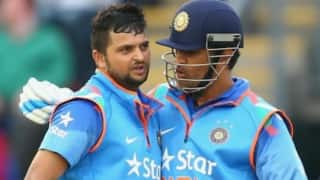