According to new arrangement introduced by the CWI, the contracts have been split into three categories - all-format contracts, red-ball contracts and white-ball contracts.

Antigua: Cricket West Indies (CWI) has announced that it has enhanced its central retainer contracts for Test and limited-overs international players, which will be effective from July 1. According to new arrangement introduced by the CWI, the contracts have been split into three categories – all-format contracts, red-ball contracts and white-ball contracts. Though CWI chief executive officer Johnny Grave did not reveal the value of the contracts, he said that the new system would offer increased remuneration to the Caribbean players.

“The new retainer contracts aim to incentivise our players to play cricket for the West Indies and be contracted to CWI. All the new contracts offer increased remuneration to our West Indies Men’s team as well as enhanced medical and insurance policies,” Grave said. The new West Indies men’s contracts will officially run from October 2017 to September 2018, but Grave confirmed that new retainers would be offered to both international and regional players only from July 1, 2018. He further confirmed that the new system reflects how the country’s cricket board has made significant progress over the years and is now able to bring new incentives for the international players.

“These new contracts will embrace additional terms and conditions which will set out the responsibilities of both player and CWI to each other, together with ensuring that the players are contractually bound to new and existing policies that aim to further increase standards. All future contracts for all of our professional cricketers will start on the same date, July 1st, which will become the start of our cricketing year,” he explained. A maximum of 11 all-format contracts can be awarded by the CWI Selection Panel under the new arrangement, while the aggregate can go up to 11 for red-ball and white-ball contracts. The total number of contracts is capped at 18.

Meanwhile, CWI also said that four new development contracts could also be offered to those players who are yet to fully establish themselves in the Playing XIs in both red and white ball categories. 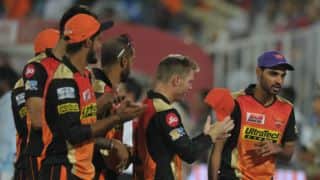 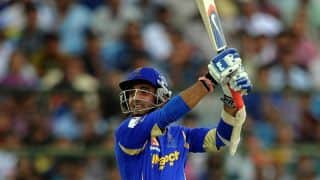