Steyn achieved the milestone against New Zealand at Chittagong.

Steyn picked up the wickets of Kane Williamson, Corey Anderson, Luke Ronchi and Nathan McCullum. At the start of the game, he was on 48 wickets, with Graeme Swann and McCullum just ahead of him. He reached the mark when he had Anderson out holing to the deep.

Steyn’s effort did not win him the Man of the Match award though as it was taken by JP Duminy for his innings of 86 not out. 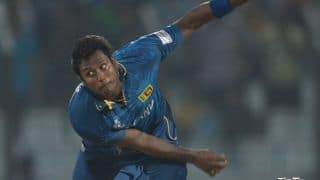