Of late, Dale Steyn has been plagued by injuries but the veteran South Africa pacer has set his sights on playing 100 Tests

Of late, Dale Steyn has been plagued by injuries but the veteran South Africa pacer has set his sights on playing 100 Tests and becoming the first from his country to claim 500 wickets in the format.

Steyn put up an impressive performance for Hampshire with 20 wickets in five matches in County Championship this season. He’s returning home to prepare for the upcoming ODI series against Zimbabwe that starts later this month.

“I’ve really enjoyed playing here, but I’ve still got a lot to offer in international cricket,” Steyn was quoted as saying by the BBC on Wednesday. “There’s 500 Test wickets and 100 Test appearances that I would still like to achieve.”

However, at 35, Steyn’s struggle with frequent injuries, makes the target a difficult proposition for the speedster who has so far appeared in 88 Tests and taken 421 wickets in them at 22.64.

Steyn is also unsure whether South Africa will punt on an ageing fast bowler in the coming two years. “But the reality is they’re both going to be quite difficult to achieve and will take me some time, possibly another two-and-half years. Will South Africa still want to pick a 38-year-old by then? I don’t know,” he said.

Steyn, though, has expressed his interest in returning for another spell at County Cricket next year. “I think [county cricket] will always be waiting for me. I love playing cricket all year round, that’s what I do. It’s not nothing to do with any other decision than continually playing and if I’m not going to be plying my trade with South Africa, then why not here?” he said. 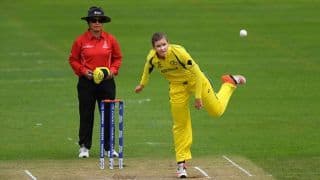 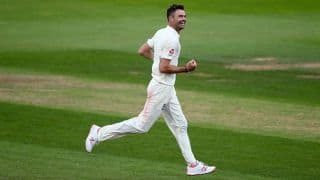