Behind Short is Shane Watson with 18 votes while Alex Carey is placed in third position with 16 votes.

D Arcy Short and New Zealand Women s cricketer Amy Satterthwaite have been rewarded for their stellar shows in BBL and WBBL 2017-18 respectively. They were judged the player of the tournament in their respective categories. Short ended the tournament as the leading run-scorer with 572 runs from 11 matches at 57.20, the runs came at a strike rate of almost 149. He also scored 122* against Brisbane Heat, which is the highest score in BBL. However, Short could not take Hobart Hurricanes to the finishing line as they were beaten by Adelaide Strikers in the final by 25 runs. Short and George Bailey were the only batsmen to cross the double-digit scores. Short scored quick-fire 44-ball 68.

Meanwhile, Melbourne Renegades‘ Satterthwaite made 368 runs at an average of 33.45 and also took 11 wickets. The votes were casted by two on-field umpires after every match.

Meanwhile, 24-year-old Ashton Agar was awarded 2017-18 BBL Young Gun. He was placed fourth overall in the list with 15 votes. The fifth place was shared between Rashid Khan and Ashton Turner tied on 14 votes. 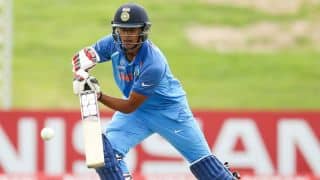 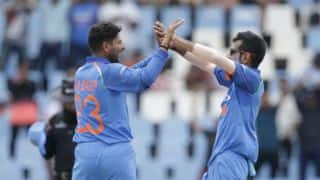