After his three-year stint with Kerala as coach, Dav Whatmore is set for his next innings with Indian domestic cricket.

After his three-year stint with Kerala as coach, Dav Whatmore is set for his next innings with Indian domestic cricket after being appointed as director of cricket by Baroda. Whatmore boasts of an impressive CV having coached Sri Lanka to the 1996 World Cup title.

He has coached four international teams including Sri Lanka, Bangladesh, Pakistan and Zimbabwe. Apart from that, he has also coached IPL franchise Kolkata Knight Riders and parted ways with Kerala after they finished a poor 17th out of 18 teams in the 2019-20 Ranji Trophy season.

“I will, obviously, coach the senior team,” Whatmore told ESPNcricinfo. “But apart from that, I will have to lay down a structure at the Under-19 and Under-23 levels to create a feeder system, along with the local coaches. It’s a two-year contract to begin with.”

Explaining his decision to join Baroda, who also endured a pretty disappointing domestic campaign, Whatmore said,”I was keen in helping a new team flourish. I was in talks with three other teams, but my visa was about to expire. I had to return to Australia because of travel restrictions due to the coronavirus. So I hired a manager, who helped me finalise this deal with Baroda. When I return to India, hopefully in June or whenever things normalise, I’ll be based in Baroda for close to nine months in a year.”

The Australian is now aims to push them from a mid-table side to a team capable of competing with the elites of Indian domestic cricket across formats. “They’ve been in the mid-table and, from what I’ve seen, their short-format game is not too bad, so it will be a good challenge to make them an all-round team. They’ve been in Elite A & B for a while in the Ranji Trophy, and you need to be a good team to remain there. My job is to see how we can build from there and make them a very competitive side across formats,” he said.

He added “They won the Under-19s this year, so that tells you their youth cricket is strong. So the future looks positive. I haven’t been able to see first-hand the existing structure or a lot of their players, since I was involved with Kerala, but I’m keen now to see what’s in store.” 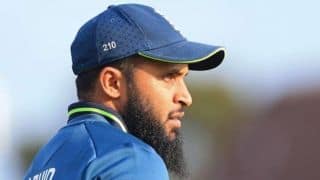