CCTV footage showed Warner apparently turning on De Kock as the players walked up a narrow staircase leading to the dressing rooms at the start of the tea break.

Australian batsman David Warner and South Africa wicketkeeper Quinton de Kock were both charged by the ICC on Tuesday over their spat during the first Test in Durban. CCTV footage showed Warner apparently turning on De Kock as the players walked up a narrow staircase leading to the dressing rooms at the start of the tea break during the fourth day of a match won by Australia.”Australia vice-captain David Warner and South Africa’s Quinton de Kock have been reported for breaching the ICC code of conduct,” cricket’s governing body said in a statement. The two have been charged under the clause of bringing “the game into disrepute”, with Warner facing a more serious level-two charge than De Kock’s level-one offence.

The pair only have until Wednesday to respond to the charge, and have both been supported by their teams.”What was said and done during that interval was regrettable on both sides,” said Australian captain Steven Smith.”Quinton got personal and evoked an emotional response from Davey. Those things are not on from both sides. Getting personal on the field is crossing the line in my opinion.” Smith’s version of events was disputed by South African manager Mohammed Moosajee, who blamed Warner.

“There were words said out on the field. If you are saying something you’ve got to take it and that’s the opinion of Quinton. Let the investigations begin and let the match officials decide,” said Moosajee. The CCTV footage shows Warner being restrained by teammates Usman Khawaja and Nathan Lyon before being persuaded to go into the dressing room by Smith.

After a feisty game that saw Australia take a 1-0 lead in the four-Test series, visiting off-spinner Lyon was also fined 15 percent of his match fee after appearing to drop the ball on AB de Villiers after the batsman was run out. 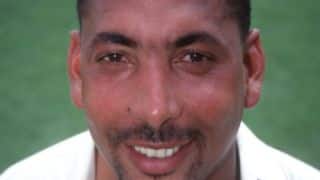 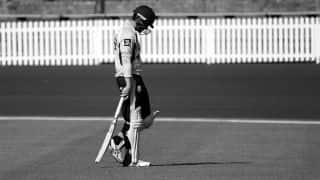