It was also reported that Afridi was planning to drag Miandad into court, and was mulling over a legal action.

Pakistan s veteran cricketer Shahid Afridi has allegedly been warned by underworld don Dawood Ibrahim in his ongoing dispute with Javed Miandad. The two charismatic Pakistani cricketers are involved in a verbal battle, and in the latest development, Dawood has joined the feud and asked Afridi to keep his mouth shut or face dire consequences . This fight began when Miandad accused Afridi of wanting a farewell game only for money , to which Afridi had replied that money was the difference between one of Pakistan s greatest batsmen and their former captain Imran Khan. It all did not end there, as Miandad added further fuel in the fire by claiming Afridi was a match-fixer . The whole team had fixed matches. If I had any money related issues, I wouldn t have left the team, but I did, Miandad said in a TV show. ALSO READ: Shahid Afridi hits back at Javed Miandad s match-fixing claims; to send a legal notice

Afridi, who was obviously angry with the comments made by Miandad, had claimed that he would meet Pakistan Cricket Board s (PCB) executive committee s chairman Najam Sethi and that it was irresponsible of the former cricketer to make such allegations. It must be remembered that Afridi, who had quit from the Pakistan s captaincy post following their debacle in the ICC T20 World Cup 2016, is yet to announce his retirement from cricket. In what comes as a latest development, Dawood, the most wanted man in India for his involvement in the terror attacks in Mumbai in 1993, has warned Afridi that either he should keep his mouth shut or be ready for consequences.

Reports: Underworld don Dawood Ibrahim has made a phone call to Shahid Afridi & told him to stop running his mouth or face dire consequence

It was also reported that Afridi was planning to drag Miandad into court, and was mulling over a legal action. 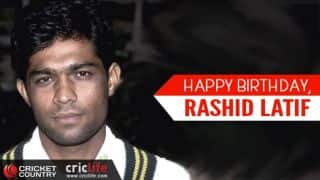