Rohit followed Suresh Raina and Virat Kohli to the milestone, during Mumbai Indians' win over DC.

His T20 career has been divided between Mumbai Indians and Deccan Chargers in the IPL, India, India A and Mumbai in domestic cricket.

MOST RUNS FOR INDIA IN T20 CRICKET

With victory over DC, Mumbai Indians now sit at second spot on the IPL 2019 points table. 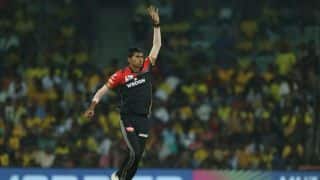