Ashutosh added the central government is working under the influence of someone.

New Delhi: The Aam Aadmi Party on Monday said the central government “has no authority” to stop the commission of inquiry from probing the alleged irregularities in the Delhi and District Cricket Association (DDCA). “The central government is working under the influence of someone and is making a joke of itself. It has no authority to hold the commission of inquiry from forming and functioning,” AAP leader Ashutosh said here.  He said it was known to everyone that the previous commission of inquiry to probe the DDCA scam, which was established, was scrapped by the home ministry on September 22. Kirti Azad: I want to expose DDCA corruption scam

Earlier during the day, Delhi Chief Minister Arvind Kejriwal in a series of tweets said that no one was given a clean chit by any Delhi government probe panel. This comes a day after the Bharatiya Janata Party sought an apology from Kejriwal for his allegations against Finance Minister Arun Jaitley over the DDCA row.  Kejriwal, who is also the Aam Aadmi Party convener, said he would not oblige the BJP with an apology. DDCA corruption: Gopal Subramaniam assures Arvind Kejriwal of clean probe

Also, Delhi Deputy Chief Minister Manish Sisodia had said that there was no question of giving a “clean chit” to union minister and former chief of Delhi cricket association Arun Jaitley when an investigation into its alleged financial irregularities has not even begun, the Delhi government said on Monday. “No clean chit has been given to anyone in Delhi cricket body probe. The enquiry is yet to begin,” Delhi’s Deputy Chief Minister Manish Sisodia told the media. The Bharatiya Janata party on Sunday pointed out that a Delhi government report on irregularities in the Delhi and District Cricket Association (DDCA) did not even name Jaitley, who headed the association for 15 long years from 1999 to 2013. The BJP said the AAP government owe Jaitley an apology for charging him with corruption in DDCA even though its own report found nothing culpable against him. DDCA corruption scam: No clean chit given, says Manish Sisodia 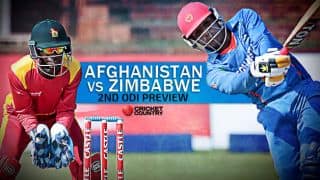