Chetan Chauhan said that there is a rift in the association over the recommendations of the Supreme Court appointed Justice R.M. Lodha Committee.

Delhi and District Cricket Association (DDCA) Vice-President Chetan Chauhan said on Tuesday that there is a rift in the association over the recommendations of the Supreme Court appointed Justice R.M. Lodha Committee. “There is a difference of opinion among the members. Some of them want to follow the BCCI line on the issue. Others among us are law abiding people. They want to abide by what the Supreme Court says,” Chauhan told reporters here on Tuesday. “Let the final judgement of the court come. Only then will we decide on our future steps,” he added. ALSO READ: BCCI accuses Lodha Panel of trying to run cricket in India

The Justice R.M. Lodha Committee appointed by the Supreme Court proposed several far-reaching changes that could alter the way cricket is administered in the country. Among other things, the Lodha panel had also sought the removal of the entire top brass of the Board of Control for Cricket in India (BCCI), including its president Anurag Thakur. The apex court in its July 18 judgment accepted the recommendations of the Lodha Committee on the organisational reforms of the BCCI and had issued these as its directives.

The BCCI had filed a review petition against the Lodha panel’s suggestions. The petition was to be heard by the apex court on Tuesday. However, the hearing has been postponed for a couple of weeks. The apex court in a recent order prevented the BCCI from disbursing funds to its state associations except in cases of cricket related activities.

Chauhan, however, insisted that the DDCA has enough funds to conduct Thursday’s One-Dayer between India and New Zealand and will not require financial assistance from the BCCI. With the DDCA hosting the second India-New Zealand One-Day International (ODI) on October 20, Chauhan asserted that the wicket will be perfect for some exciting cricket. ALSO READ: Anurag Thakur: BCCI ready to implement Lodha Panel recommendations

“The pitch could not be relaid due to the rains. But we made some changes to the top layer. Expect some entertaining cricket. That is what we want,” Chauhan added. There was some controversy over the awarding of in-stadia rights (advertising of hoardings inside the ground) for the second ODI as the nominated tender committee awarded the rights to a catering company.

“There were two bids for in-stadia rights with Kohli Enterprise coming up with a bid of Rs.2.17 crore while TCM headed by Lokesh Sharma bidded for Rs.2 crore. We awarded it to Kohli Enterprises as per the norms. But we made the mistake of not doing background check on the company,” DDCA Treasurer Ravinder Manchanda said. “We later came to know that he had done catering work during the first ODI in Dharamsala and had no experience of in-stadia business. We also learnt that he had started the company only recently with zero capital.”

“When we saw that no work was being done, we confronted him up and wanted to take away his rights. But he teamed up with TCM and told us they would work together. We then prepared a fresh contract and got it approved by Justice Mudgal. We have also received the money,” he added. 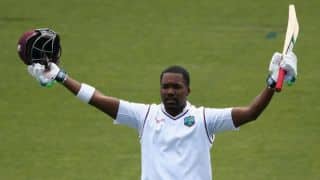 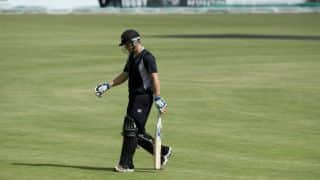