The payment of dues was possible as DDCA has made significant operative profit during the recently concluded Test between India and South Africa.

New Delhi: The Delhi & Districts Association on Thursday made a payment to the tune of Rs 1.67 crores in regards to the match fees of the state team players from senior to age-group levels. The match fees of the players, who represented Ranji Trophy till 2014-15 season was cleared. The payment of dues was possible as DDCA has made significant operative profit during the recently concluded Test match supervised by Delhi High Court appointed Justice (Retd) Mukul Mudgal. “Today, I cleared payments of Rs 1.67 crore for match fees of the players for the last season. The payments includes match fees for Ranji Trophy as well as age-group players,” treasurer Ravinder Manchanda told PTI on Thursday. READ: DDCA set for Rs. 2 crore windfall by hosting 4th India vs South Africa 2015 Test

Manchanda expressed his confidence that DDCA under Mudgal’s guidance (if he is available) could earn profits in a transparent manner. The DDCA were set to earn around Rs. 2 crore by selling the in-stadia rights for the fourth and final Test between India and South Africa to take place here from December 3. The DDCA is set to earn Rs 2 crore 5 lakh from the Test. This will be the first time in many years that DDCA will be making profit from a Test match. The tender bids have been given at a reasonable rate, DDCA treasurer Ravinder Manchanda told PTI today. Manchanda further said: The DDCA is likely to save Rs 50 lakh from the tendering process. READ: DDCA pays Rs 50 lakh worth entertainment tax ahead of India vs South Africa 4th Test

He added that contract for online ticket sales has been given to DNA. It was only last week that the controversy ridden DDCA got the Delhi High Court nod to stage the game. The Court appointed Justice (retired) Mukul Mudgal as observer for the five-day match. 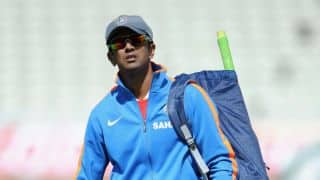 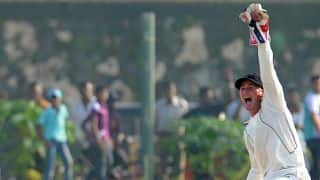