The renaming will take place on September 12 at a function where a stand at the Kotla will be named after India captain Virat Kohli as announced earlier.

The Delhi and District Cricket Association (DDCA) on Tuesday decided to rechristen Feroz Shah Kotla Stadium as Arun Jaitley Stadium in the memory of its former president who passed away on Saturday. The ground will continue to be called the Feroz Shah Kotla.

The renaming will take place on September 12 at a function where a stand at the Kotla will be named after India captain Virat Kohli as announced earlier.

Speaking on this initiative, DDCA president Rajat Sharma said: “It was Arun Jaitley‘s support and encouragement that players like Virat Kohli, Virender Sehwag, Gautam Gambhir, Ashish Nehra, Rishabh Pant and many others could make India proud.”

Jaitley, during his tenure at DDCA, is credited with renovating the stadium into a modern facility, increasing its capacity to accommodate more fans besides constructing world class dressing rooms.

The function, to be held at the Jawaharlal Nehru Stadium, will be graced by the presence of Home Minister Amit Shah and Sports Minister Kiren Rijiju.

The DDCA function will document Kohli’s exceptional talent and success ever since he took over charge in all formats of the game and the state body cannot think of a better tribute than this.

“To cherish these memories, DDCA wanted to dedicate a stand in his name. I am sure the ‘Virat Kohli Stand’ will be a source of inspiration for Delhi’s young cricketers. We are also delighted that Team India is not only led by a Delhi player but it also has a opening batsman (Shikhar Dhawan), a wicket keeper (Rishabh Pant) and a lead bowler (Ishant Sharma),” Rajat Sharma had earlier said in a statement. 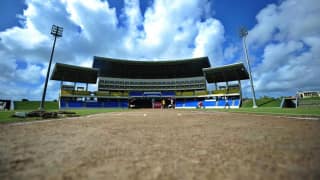