The DDCA for the second straight day made a point-by-point rebuttal of the alleged charges made by the AAP against Arun Jaitley.

New Delhi: Former India captain Bishan Singh Bedi on Thursday lashed out at the Delhi and District Cricket Association (DDCA), stating that the state government does not need permission to probe the alleged financial irregularities in the sports body. Bedi’s statement came soon after the DDCA again strongly refuted AAP’s allegations of financial bungling by Finance Minister and its former chief Arun Jaitley. “Why do they have this idea that Delhi state government needs permission from DDCA to probe the irregularities? If they are so clean then why did the BCCI needed to stop their annual grant. If anyone kindly bothers to explain it to me,” Bedi told PTI on Thursday. READ: DDCA refute AAP’s allegations against Arun Jaitley

“Ok, they all are clean and are not involved in financial irregularities. Then why did the Delhi high Court need to appoint an independent observer in Justice [Retd] Mukul Mudgal to conduct a Test match. They are painting a hunky dory picture and let them paint one! Who’s stopping them,” a sarcastic Bedi added.

Earlier, for the second successive day, the entire top brass of the DDCA addressed a press conference where they made a point by point rebuttal of the alleged charges made by the AAP against Jaitley. Meanwhile, former India cricketer Kirti Azad has threatened to reveal more on the mess in DDCA. READ: Allegations of DDCA irregularities ‘vague and without basis,’ says Arun Jaitley

AAP alleged huge financial bunglings in DDCA during Jaitley’s 13-year-old tenure as its chief, saying large amounts were siphoned off through fake companies besides other irregularities including in team selection. “I will reveal more on Sunday. What AAP has shown is not even 15 per cent of what I have. I am not afraid of anyone or being suspended. I have done nothing wrong, I have been raising this issue for eight years,” Azad said.

Earlier in the day, DDCA’s working president Chetan Chauhan said that Jaitley had in fact worked for the betterment of cricket in general and had turned the Feroz Shah Kotla stadium into a world class facility. READ: DDCA rubbishes allegations of “gross financial irregularities” on former chief Arun Jaitley

Azad told PTI: “When Bansal was embezzling DDCA funds, what were these people in executive committee doing? Were they dhritashtra? And I don’t want to dignify Chetan’s allegations against me with a rebuttal. There are no minutes of the three meetings of Cricket Improvement Committee (CIC). The committee was made in 2010 but I am raising my voice since 2006.” 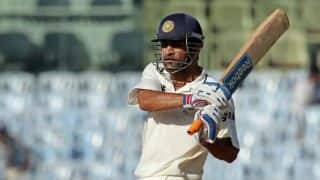