Former White Ferns captain Debbie Hockley has been announced as New Zealand Cricket Board president. Hockley is also the first woman to hold such an esteemed position in New Zealand Cricket history of 122-year. Hockley takes over from out-going president Stephen Boock.New Zealand Cricket also announced Ingrid Cronin-Knight as the new director. Hockley was nominated for the post by Canterbury Cricket and members during the NZC annual meeting in Christchruch. Hockley will serves as president for a tenure of 3-years. ALSO READ:Kane Williamson backs Ross Taylor to bounce back

Hockley was the fourth female cricketer to have been inducted into the ICC Cricket Hall of Fame in 2014. Hockley, born on November 7, 1962 in Christchurch, made her international debut in January 1979 when she featured in the third Test against Australia at Melbourne. In December 2000, she announced her retirement after the final of the ICC Women s Cricket World Cup in Lincoln in which New Zealand beat Australia by four runs.

(with inputs of IANS) 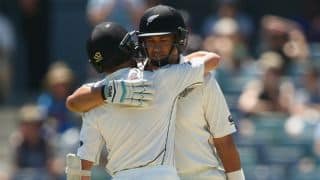