Delhi Capitals pacer Kagiso Rabada will miss the remainder of the ongoing IPL 2019 after complaining of a back niggle.

Delhi Capitals pacer Kagiso Rabada will miss the remainder of the ongoing IPL 2019 after complaining of a back niggle.

The South African Rabada was rested from DC’s clash with Chennai Super Kings which they went on to lose on Wednesday.

Cricket South Africa (CSA) asked for the report of Rabada’s scans and advised him to return home as a precautionary measure ahead of the ICC World Cup 2019.

The 23-year-old Rabada has played a starring role in DC’s resurgence as they qualified for IPL playoffs for the first time in six years. He took 25 wickets in 12 matches and is the current purple cap holder.

While expressing his disappointment at the development, Rabada hope DC can still lay a strong challenge for a maiden IPL trophy despite his absence. “It is indeed very hard for me to leave the Delhi Capitals at this stage of the tournament,” he said. “But with the World Cup just a month away, a collective decision has been made for me in this regard. It s been a tremendous season for me with the Delhi Capitals, both on and off the field, and I truly believe that our team can win the trophy.”

“It s unfortunate that Rabada is having to leave us at this stage of the tournament. But I have full confidence in our team, and I m sure each and every member of this unit will step up to the occasion,” he said.

DC will face Rajasthan Royals in their last league game of the season at the Feroz Shah Kotla Stadium on Saturday. Today's Best Pick 11 for Dream11, My Team11 and Dotball - Here are the best pick for Today's match between KXIP and KKR at 8pm 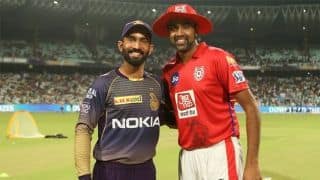