Justice Sunil Gaur sent the matter to the Registrar for further hearing on April 10 and asked the official to file a report.

The Delhi High Court on Tuesday asked its Registrar to find out whether the notice on Delhi Police appeals have been served to everyone, including cricketer S Sreesanth, in the 2013 spot fixing case. (ALSO READ: Leander won Grand Slams at 42, I can at least still play some cricket: Sreesanth)

Justice Sunil Gaur sent the matter to the Registrar for further hearing on April 10 and asked the official to file a report. The court was hearing a Delhi Police plea challenging a trial court’s order discharging all the accused.

On November 18, 2015, the Delhi High Court issued a notice to all the 36 respondents who were discharged in the case. (ALSO READ: I confessed to IPL spot-fixing to escape police torture: Sreesanth to SC)

The Delhi Police had filed a chargesheet against Sreesanth and his two Rajasthan Royals teammates Ajit Chandila and Ankeet Chavan in the spot-fixing case during the India Premier League 2013. However, on July 25, 2015, the trial court dropped the charges.

On March 15, the Supreme Court cancelled the life ban on Sreesanth and asked the Board of Control for Cricket in India (BCCI) to reconsider his punishment. 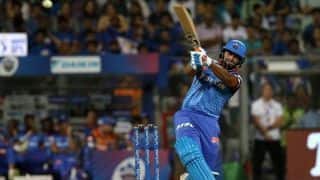 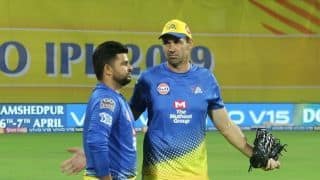