Ruturaj Gaikwad and Baba Aparajith smashed centuries to power India B to a dominating 108-run win over India A in the opening one-dayer of the Deodhar Trophy, in Ranchi on Thursday.

For India A, skipper Hanuma Vihari top-scored with a 82-ball 59, studded with six hits to the fence but their other batsmen couldn’t capitalise on their respective starts.

Earlier, India B lost two early wickets with opener Priyank Panchal (3) and Yashasvi Jaiswal (31) dismissed by Jaydev Unadkat (2/47) and Siddarth Kaul (1/77) respectively to leave them at 63 for two in 14.1 overs.

Gaikwad and Aparajith then resurrected the innings, sharing a 158-run partnership to take the side past 200-run mark.

It was India off-spinner Ravichandran Ashwin, who broke the long partnership when he trapped Gaikwad in front of wicket in the 42nd over.

Kedar Jadhav (5) then left early, while Ashwin again was in the thick of things when he ran out Aparajith in the 48th over. Vijay Shankar (26) was the last to go when he was caught and bowled by Unadkat in the final ball of the innings.

Chasing the target, India A failed to get off to a good start and lost wickets at regular intervals. Devdutt Padikkal (10) was first cleaned up by Kalaria in the ninth over, while the other opener Abhimanyu Easwaran (20) too saw his stumps disturbed by Siraj as India A were reduced to 42 for two in 11.1 overs.

Vihari and Amandeep Khare (25) then tried to stage a recovery, taking the team across the 100-mark but the latter was run out by Jadhav in the 27th over.

In the 39th over, India A lost half their side when Ishan Kishan too was found short of the crease with Jadhav and Patel combining to produce a superb run out. One ball later, skipper Vihari was caught by Patel off Kalaria to end their last hope of a comeback.

India A will now take on India C in the second match on Friday. 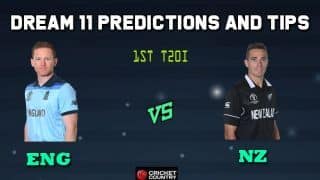 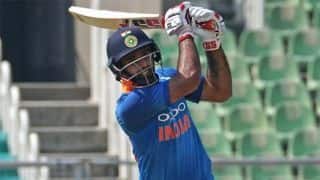